What the Deuce? The Nike LeBron 18 Low Appears in a “Stewie Griffin” Colorway 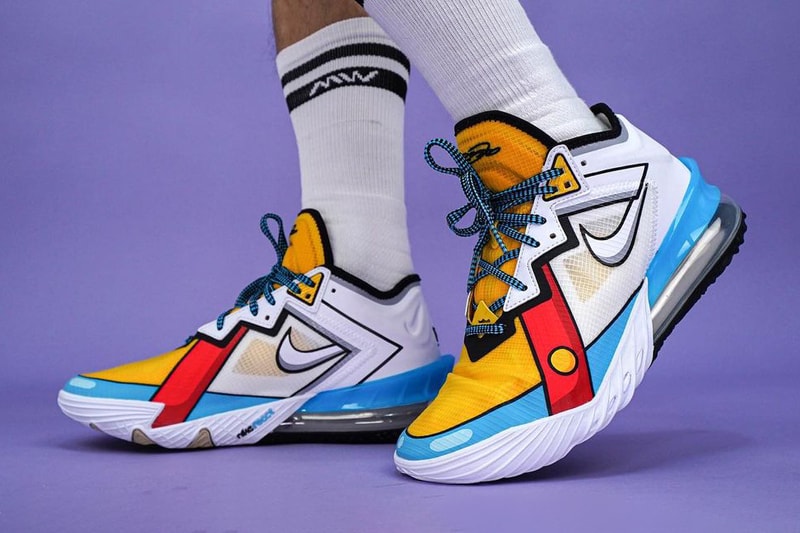 Though he’s the star of Space Jam: A New Legacy and an avowed Looney Tunes fan, LeBron James has always had a soft spot for Family Guy — especially Stewie Griffin, the maniacal genius toddler who’s one of the show’s most famous characters. Now, King James is getting Stewie some shine on his Nike LeBron 18 Low “Stewie Griffin,” a shoe that draws from an ultra-rare LeBron 6 PE.

Nike Basketball has often plumbed the depths of King James’ personality and pastimes for his signature releases, but what sets the “Stewie Griffin” apart from its counterparts is its quite literal interpretation of Stewie’s aesthetic. Looking as if it was pulled straight out of a cartoon, the low-cut LeBron 18 features thick black borders on its upper, plus a red forefoot detail with a yellow “button” graphic inspired by Stewie’s signature suspenders.

Toeboxes, tongues and top eyestays alike take on a similar yellow tone, while the mudguard and heel clip supply a light blue shade that draws from Stewie’s shoes. The remainder of the shoe’s upper is dressed in white, midsoles combine a React forefoot with a gray heel Air Max unit and blue/black laces tie the look together.

At the time of writing, a release date has yet to be announced. However, more info is likely to surface soon.

Elsewhere in the world of the Swoosh, take an on-foot look at the KAWS x sacai x Nike Blazer Low.