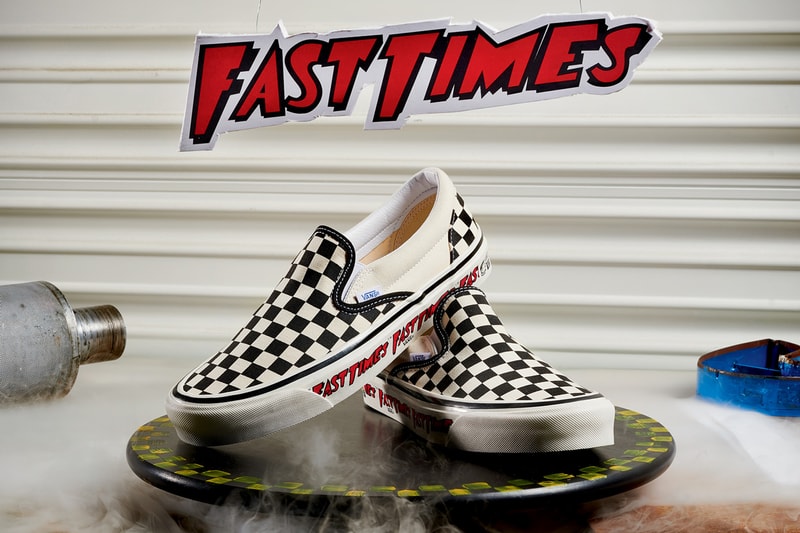 Vans‘ checkerboard print Slip-On has been popular ever since its introduction in the early ’80s. However, its lore was lifted even higher by 1982’s Fast Times at Ridgemont High, thanks to it being the model of choice for loveable slacker Jeff Spicoli — played to perfection by a young Sean Penn. Now, for the first time since the film’s launch, Vans is set to reissue a Fast Times Slip-On, complete with special midsole branding.

This rare style first surfaced ahead of the film’s theatrical debut. Brand head Steve Van Doren made a limited run of Fast Times Slip-Ons and gave them away exclusively at the Hollywood premiere of the movie. Since then it’s grown into one of the most coveted Vans styles of all time, and is extremely hard to find due to its status as a one-time promo item that never saw a full retail release.

Now thanks to Vans’ Anaheim Factory Collection it’s back in all its original glory. Constructed using the same method as the 1982 originals, this Slip-On uses a deluxe 10oz heavyweight checkerboard canvas for the upper, and features a higher foxing stripe than most models. A Fast Times print wraps around the entirety of the midsole, and the cushioning setup has been modernized by way of a UltraCush footbed. Classic vulcanized gum outsoles finalize the look.

The Vans Anaheim Factory Slip-On Fast Times at Ridgemont High is set to release in limited quantities via the Vans webstore this March. A retail price and specific date of arrival have yet to be announced.