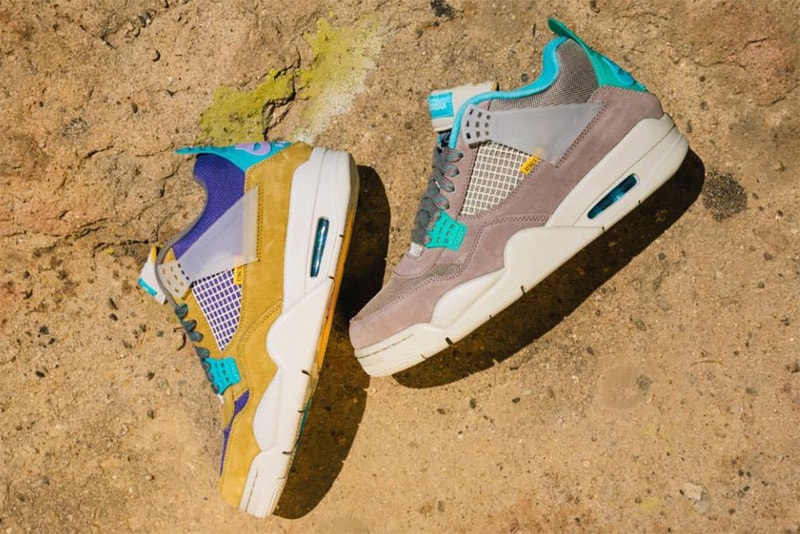 For those who are still recovering from Union‘s “What color is an orange” madness that went down for its initial Air Jordan 4 collaboration, fret not as you’ll soon have a shot and its second batch. The LA-based retailer is closing out the month of June with a bang as its Air Jordan 4 “Tent and Trail” collection release details have been revealed.

Unlike its predecessors, both the “Desert Moss” and “Taupe Haze” offerings will be released by raffle only. The former pair will be dropping via Union and through the Nike SNKRS app, while the latter will be only be stocked at Union. For consumers that are based in the Greater Los Angeles County area and want to cop, you’ll have a chance to enter an in-store raffle on June 20 and 21 between 9am-3pm PDT. Those located outside of LA will have access to the Union online raffle that will go down on June 20 between 9am-11pm PDT.

Peep an official look at each of the pairs here above, and note that they will be dropping for $250 USD a piece. To celebrate the release, Union crafted an outdoor-inspired short film and you can view it here.