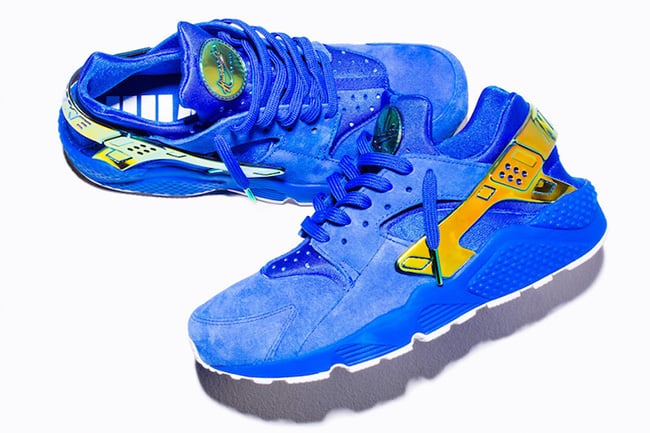 This Nike Air Huarache by Undefeated will once again be apart of the lowrider theme that we saw on the Nice Kicks release. Using a Bright Blue through the base which is built with suede, the model is a tribute to Crenshaw High School. In addition, we have a White outsole and a modified Huarache logo on the tongue in Gold. Finishing the look is iridescent which displays tones of metal through the heel counter.

The Undefeated Nike Air Huarache LA Blue Suede is set to release this Saturday, July 16th 2016 at Undefeated’s LA Brea Pop-Up shop and online. Check out more photos of this release below and let us know what you think of them. 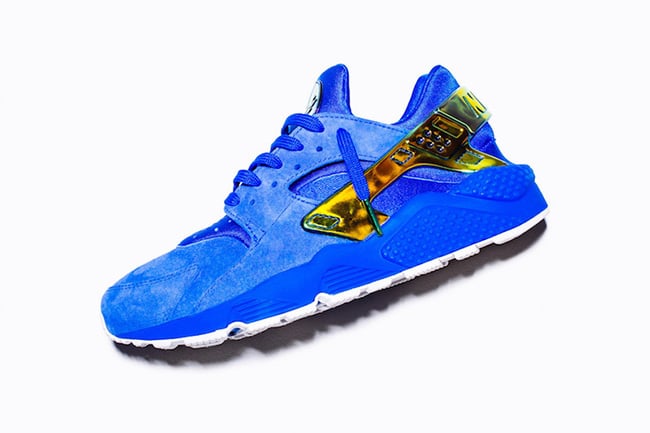 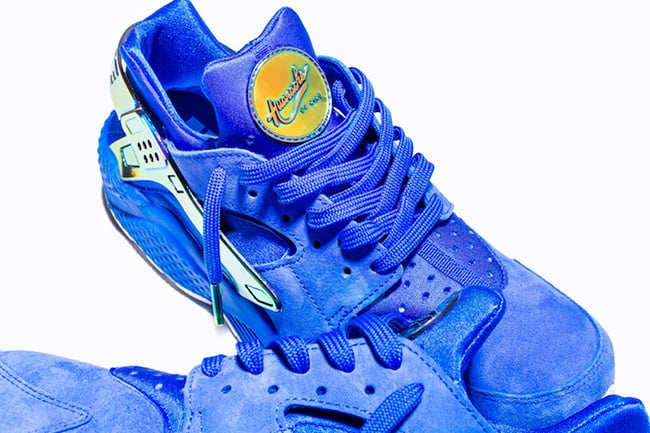 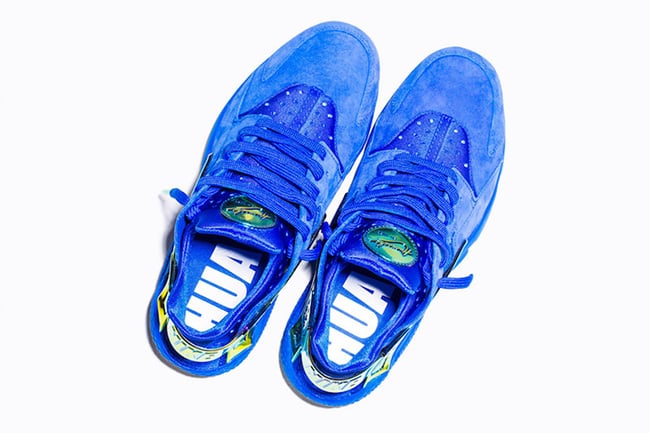 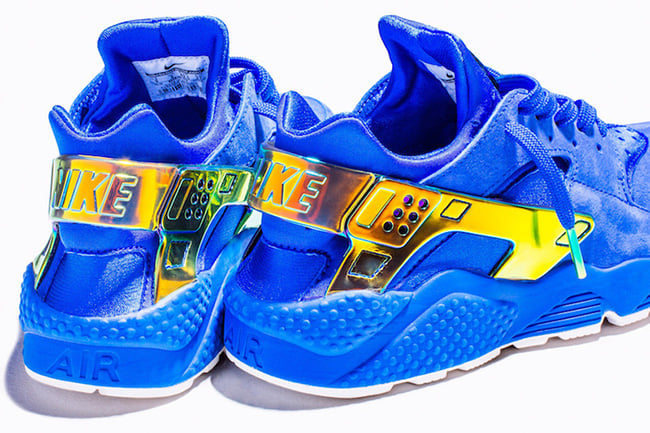