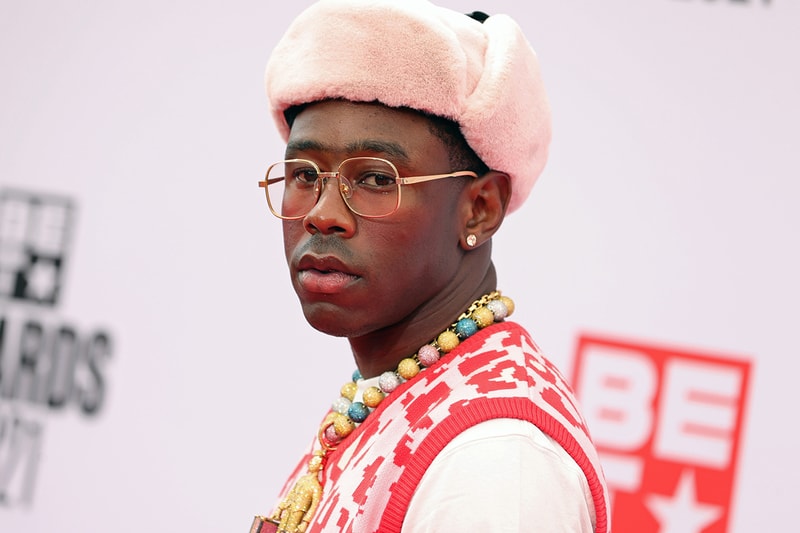 Creatively, Tyler, The Creator has ascended to another peak of his career. His highly acclaimed album CALL ME IF YOU GET LOST went #1, he sold out his latest flame-adorned GOLF WANG x Converse Chuck 70 Hi and he’s gearing up to launch a brand new Summer 21 GOLF WANG capsule. And to further build on his current wave, the LA-based artist has now taken a moment to unveil a cheeky new spot that he wrote and directed for Converse titled “The Really Cool Converse Club”.

For Converse‘s latest “Create Next” campaign, Tyler was given free rein to produce a spot that spoke to his reinterpretation of the classic Chuck 70. The set takes place in a community center, and shows the star-studded cast having a meeting of dismissing a member who seemed to break one the club’s three rules. Shown in the over two minute video are comedians Tim Meadows, Josh Johnson, Jasper and Henry Rollins who play the leading acts, while Vince Staples, Bill Walton, Marquis Johnson, Errol Chatham, Arsenio Castellanos, Jackson Randall, Milton Martinez and Louie Lopez all make cameo appearances.

“I instantly thought about the many pockets of people that wear Chucks – like skateboarders, soccer moms, kids down the street, guys in the neighborhood I grew up with – and I wanted to put them in one place, that was important to me,” says Tyler about the spot. “Everyone wears Chucks…including pirates.”

Peep the entire clip here below.

For more news, a video of Tyler, The Creator and Kanye West in the studio recently surfaced.