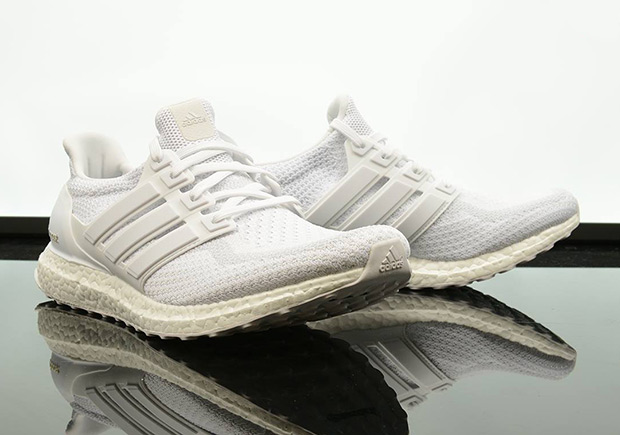 Triple White Ultra Boosts have just released at Foot Locker, according to the retailer’s social media accounts. This all-white Ultra Boost is different from the first White Ultra Boost that Kanye made famous a year ago in that the outsole on this new pair is white, and the Primeknit upper has that “gradient” detail. You can find these at your local Foot Locker using their Launch Locator.