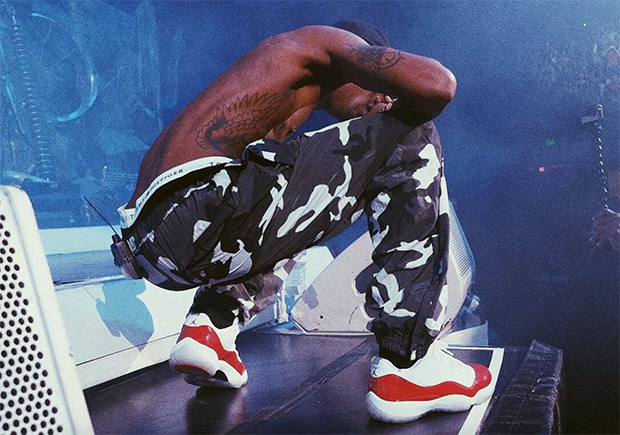 One of the many advantages of being a rap superstar: getting Air Jordan months before they’re released. Proving that fact is Travis $cott, who is already laced up with the upcoming Air Jordan 11 Low “Varsity Red”, which doesn’t even have a release date yet. What we do know is that they look pretty good on-foot, as you can see here, and that they’ll be releasing sometime this summer for the first time since they debuted in 2001. Stay tuned to Sneaker News for a release date for the Air Jordan 11 Low “Varsity Red”.