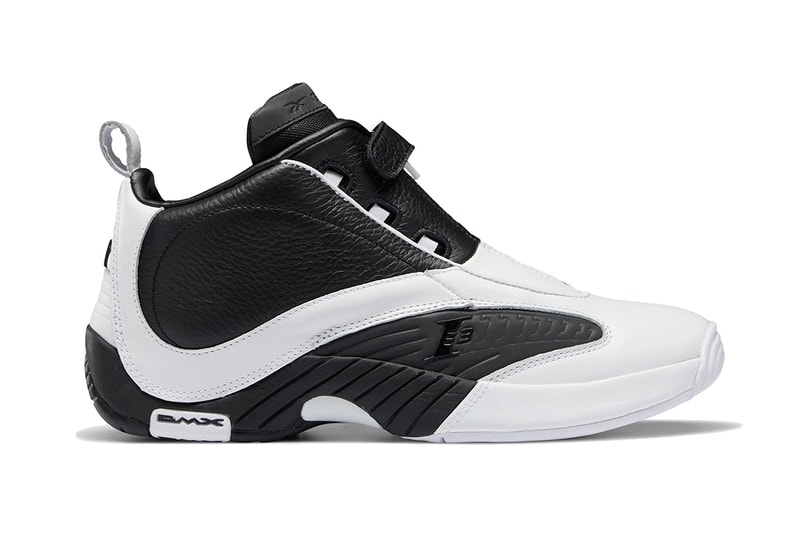 Allen Iverson and Reebok have readied a new black and white take on the Answer IV. An inverted iteration of one of the Answer IV’s most famous colorways — namely the white/black makeup that Iverson wore while crossing up and stepping over helpless Los Angeles Lakers point guard Tyronn Lue in the 2001 NBA Finals — this fresh makeup is equal parts past and present.

The shoe’s upper is built almost entirely of supple tumbled black and white leather, flipping the color placement of its OG counterpart in every location except for the forefoot’s I3 branding and the heel panel. Laces are secured by a two-tone zipper shroud, and a heel tab aids with ease of entry and removal. If you peer into the insoles you’ll see a special detail, namely a print of Iverson’s right arm that shows off two of his most famous tattoos. Outsoles are loaded with Reebok’s famous DMX cushioning and are cored out in the heel to show off a special silver TPU piece stamped with AI’s face.

This color-flipped Answer IV is available now via Reebok Australia for $130 USD. Though a global release has yet to be officially announced, it’ll likely go down in the coming weeks.