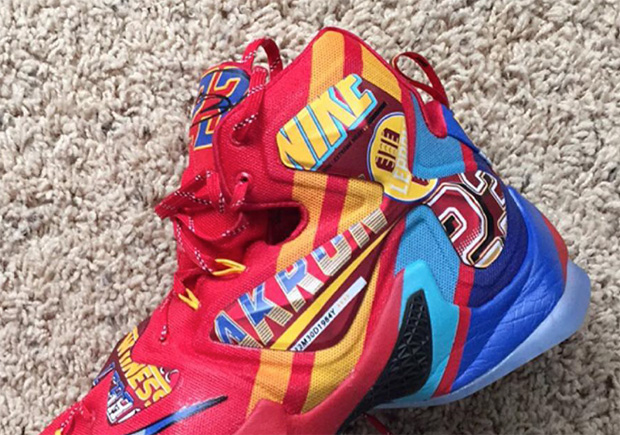 The Nike LeBron 13 just got a NASCAR overhaul for the special edition given out to players invited to Nike Basketball’s Elite Youth Basketball League. The Nike LeBron 13 “EYBL” features bold Swoosh sponsorship throughout as callouts to LeBron’s home of Akron, the Witness advertisement campaign, his birth year, the 330, and his number 23 all land in a bold graphic print throughout the Posite portions while a University Red base livens things up to the extreme. The Swoosh even features reflective 3M for an added pop. There’s no word yet on if this PE of sorts will ever see a retail release, but would you grab a pair if this Lebron 13 ever landed on shelves? Continue onward for a better look and let us know if you’re a fan of LeBron’s latest EYBL colorway by taking your thoughts to the comments section.