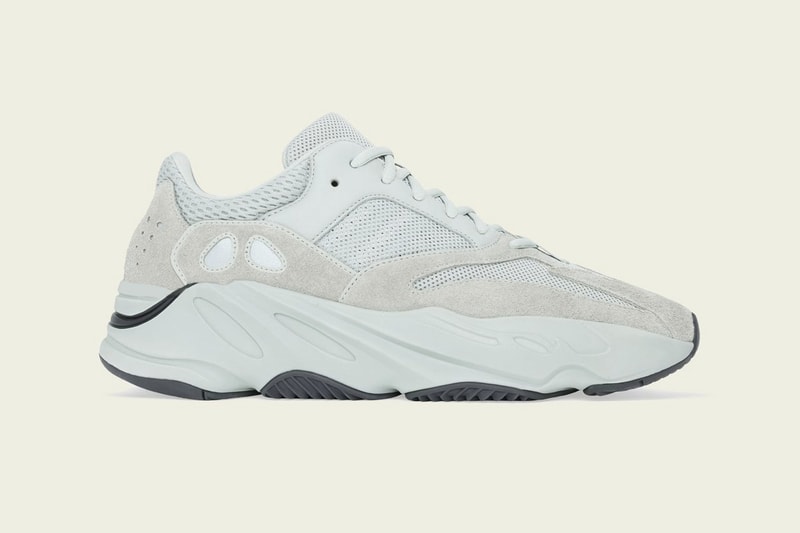 UPDATE: adidas Originals has now officially confirmed that the YEEZY BOOST 700 “Salt” will release via its web store on February 23.

The YEEZY BOOST 700 “Salt” has an official release date. The “Salt” colorway adorns the original YEEZY 700 shape following the recent V2 “Static” launch, and will be swathed in premium leather, suede and tonal mesh panels.

The “Salt” 700s offer a stone-cream colored tonal upper with the 3M detailing we’ve come to expect from YEEZY’s now, sitting atop an off-white midsole and slate grey outsole. The YEEZY BOOST 700 “Salt” will cost around $300 USD and releases on February 23 at selected retailers and at on the official webstore of YEEZY SUPPLY.

In other sneaker news, check out adidas’ 600% increase in YEEZY sales.