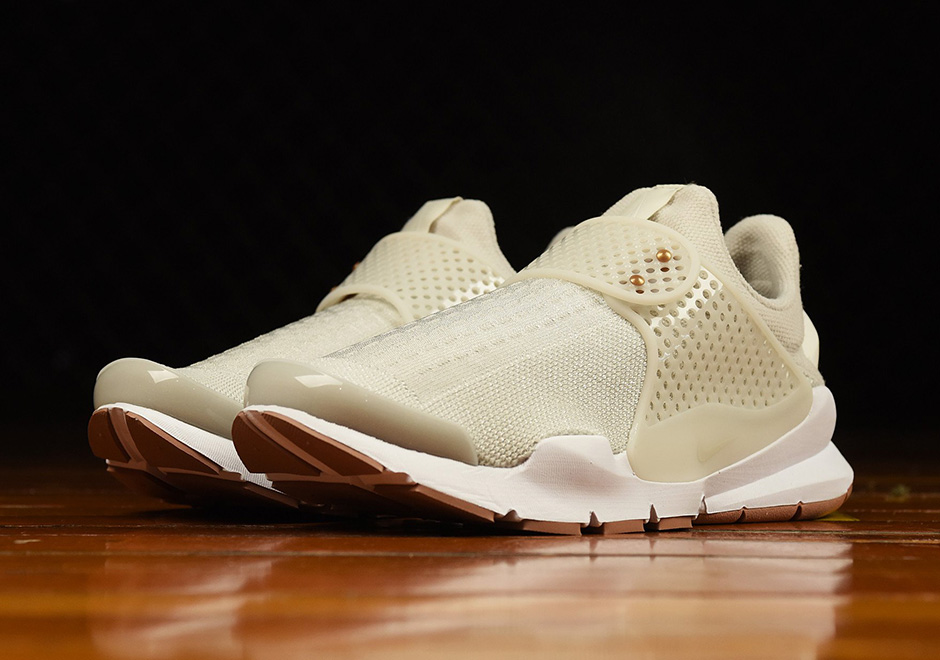 The Nike Sock Dart has been one of Nike Sportswear’s most sought after retros since returning to retailers a few seasons ago. First released in 2004, the woven sock-like upper served as a precursor to the Flyknit wave seen throughout NSW’s catalog today. We’ve seen plenty of updated colorways for summer 2016 including the new SE tooling featuring a colored midsole strap. This women’s exclusive is one of the cleanest pairs we’ve seen yet, as a Light Bone and White get together on the upper to work in perfect harmony with a classic gum outsole. Check out more detailed photos below and grab your size today at Renarts for $130 USD.