The Nike Hyperdunk 2016 Elite Is Ready For The Olympic Stage 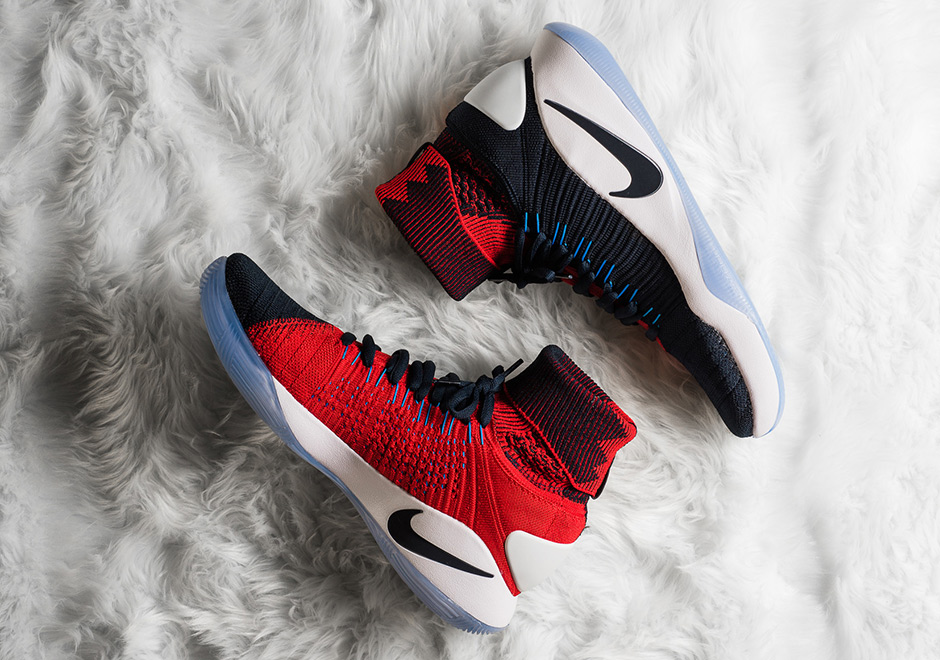 This year’s Team USA Olympic basketball team has an odd mix of some old favorites like Kevin Durant and Carmelo Anthony and a fresh crop of some first-timers making for an unpredictable ride through the Rio Olympic games. What was also unexpected was Nike Basketball’s move to transform the Hyperdunk series into an “Elite” model with a high-arching Flyknit construction complete with a sock-like ankle collar in the Nike Hyperdunk 2016 Elite. The pair is decked out in Nike’s latest tech and also exudes an aesthetic that can thrive off the court as well with an almost Magista-esque quality. This “USA” themed pair splits the upper between Dark Obsidian on the main portion and a Bright Crimson on the medial side while that unique Zoom-infused outsole unit adds a beautiful icy touch. What do you think of the Hyperdunk 2016 Elite? Check out more detailed photos of the first premium Hyperdunk installment and know that this pair will be available at stores like Sneaker Politics on July 18th for $200 USD.

The post The Nike Hyperdunk 2016 Elite Is Ready For The Olympic Stage appeared first on Sneaker News.