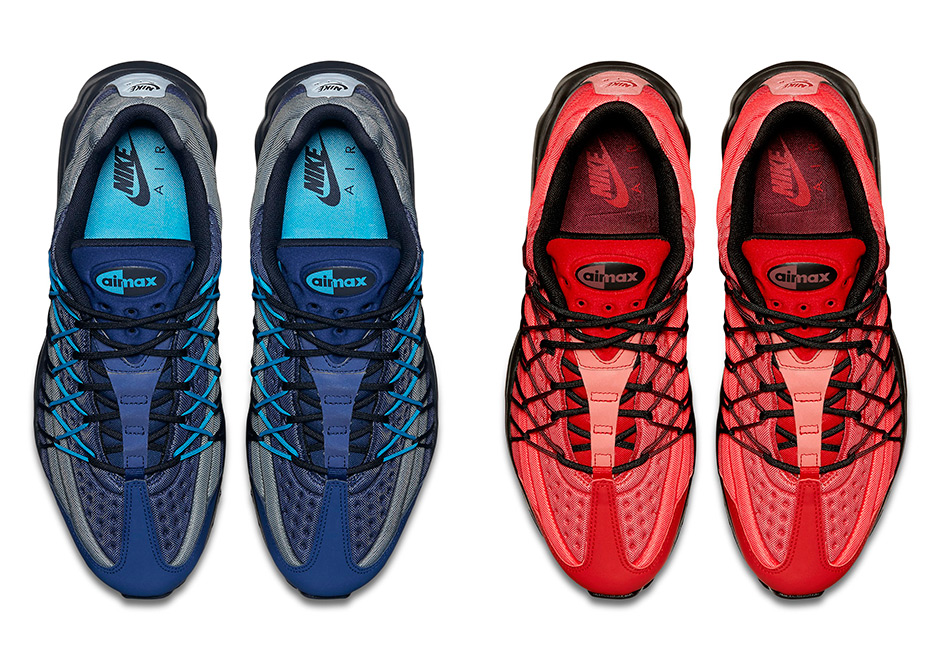 Sergio Lozano’s ode to the anatomy of the human foot came in the form of the iconic Nike Air Max 95, a silhouette that’s seen its fair share of modern updates and retro treatments in the last year alone. The latest renditiion is this Nike Air Max 95 Ultra SE, a pair that accentuates the retro side panel waves with added Dynamic Flywire cables, 3M reflective heel panels and an Ultra Moire inspired outsole.

Nike Sportswear is releasing a plethora of Ultra SE renditions of some of their most iconic retro running models this weekend, but these two are slated to arrive later in August. A tonal blue features shades of Navy and Royal while a vibrant red pairs well with a black outsole. Check out more photos after the break and be on the lookout for this updated AM95 duo to land at retailers come August 2016.

The post The Nike Air Max 95 Ultra SE Set To Release In Red And Blue appeared first on Sneaker News.