The adidas Superstar Triple Tongue Is Also Releasing In Black

In addition to the adidas Superstar Triple Tongue White Black, the new modified iteration of the classic model is now showcased in an opposite Black/White makeup. Taking a look at this adidas Superstar, the silhouette takes on essentially the same look as the traditional Superstar as we see a black leather upper with contrasting white hittin the three stripes branding on the side panels, heel tabs, the entire rubber sole unit, and the signature rubber shell toe. What makes this pair stand out is the trefoil-inspired triple layer tongue. Gold foil branding on the tongues and lateral side panels wrap up the look on this adidas Superstar that will be releasing in the near future for $85.

In other news, look for the Air Jordan 14 Low WMNS Red Lipstick to release later this week. 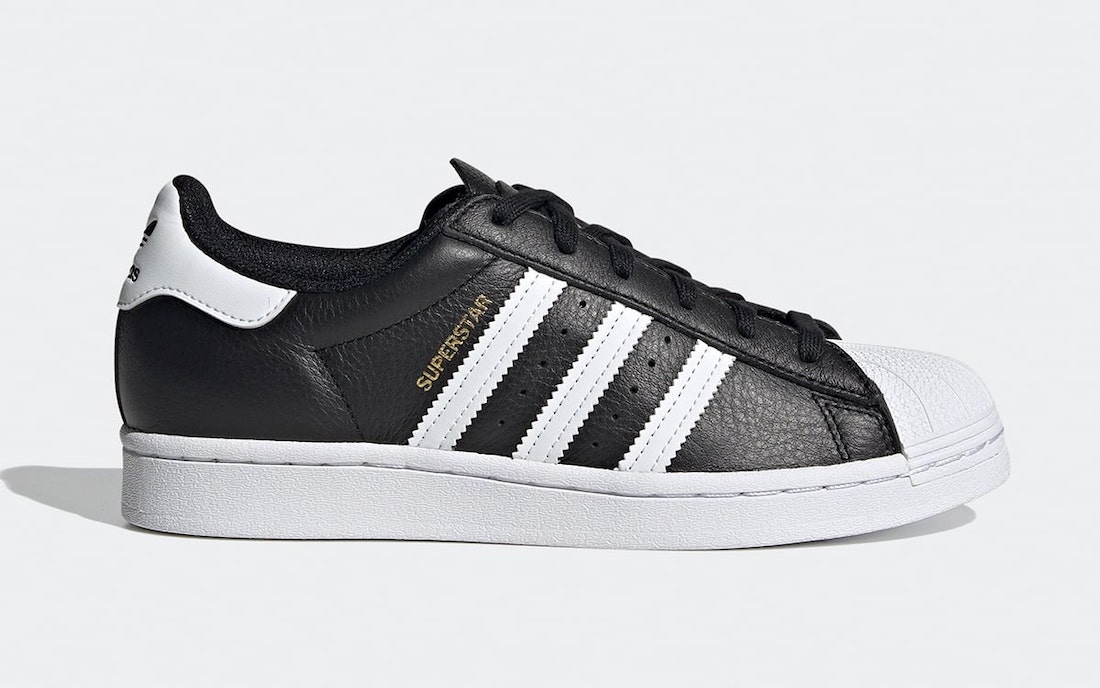