The A Bathing Ape Morning Sta Has Returned 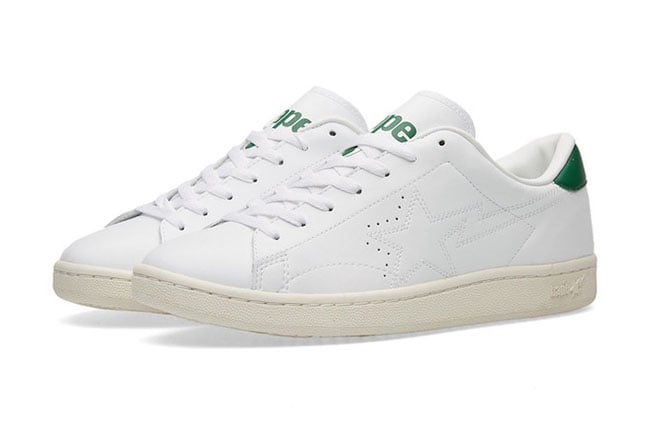 Lately A Bathing Ape who is also referred to as Bape has been collaborating with major sneaker brands. Now they will dig back in the archives to bring out the A Bathing Ape Morning Sta 2016 edition which will have fans of the Japanese label excited.

For those that don’t remember, A Bathing Ape usually mimics other popular models and they do so here by taking a very similar approach to the adidas Stan Smith. Looking closer, you will see the uppers feature White leather while Off-White runs through the midsole. Bape branding on the tongue as well as the heel tab is done in Green while the A Bathing Ape star logo lands on the side and tread on the sole.

The A Bathing Ape Morning Sta has released at END, however a wider release which will be available at Bape retailers will take place on May 14th, 2016. Get a closer look at this release below. 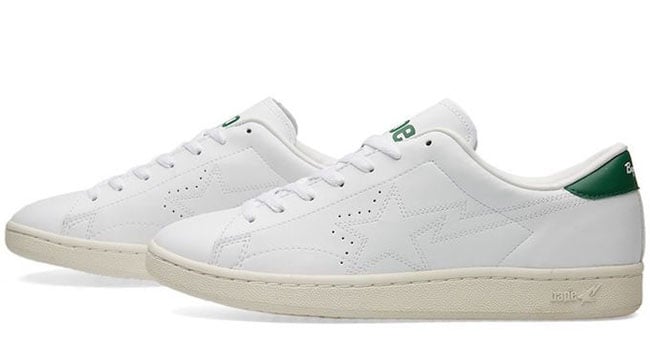 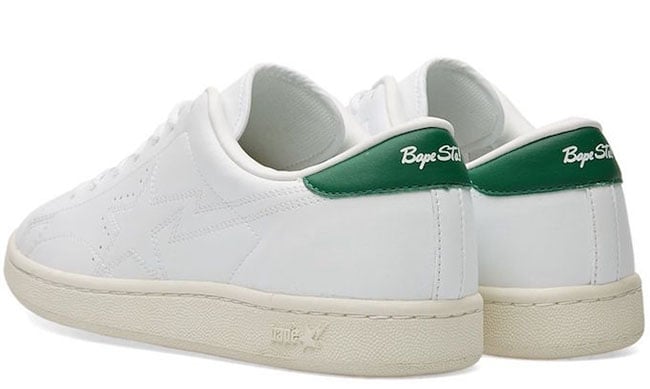 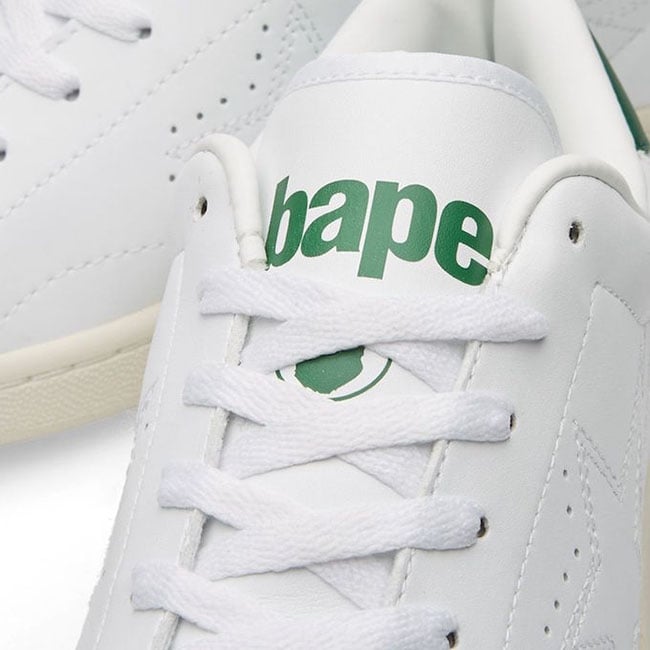 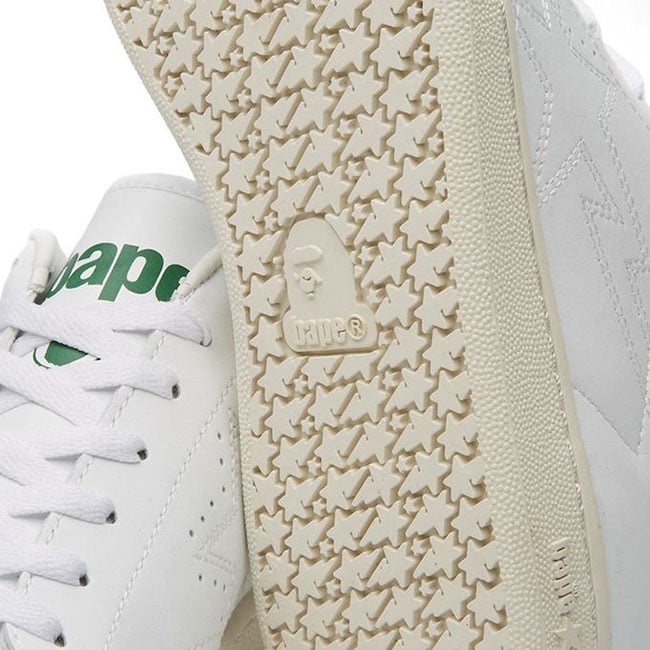