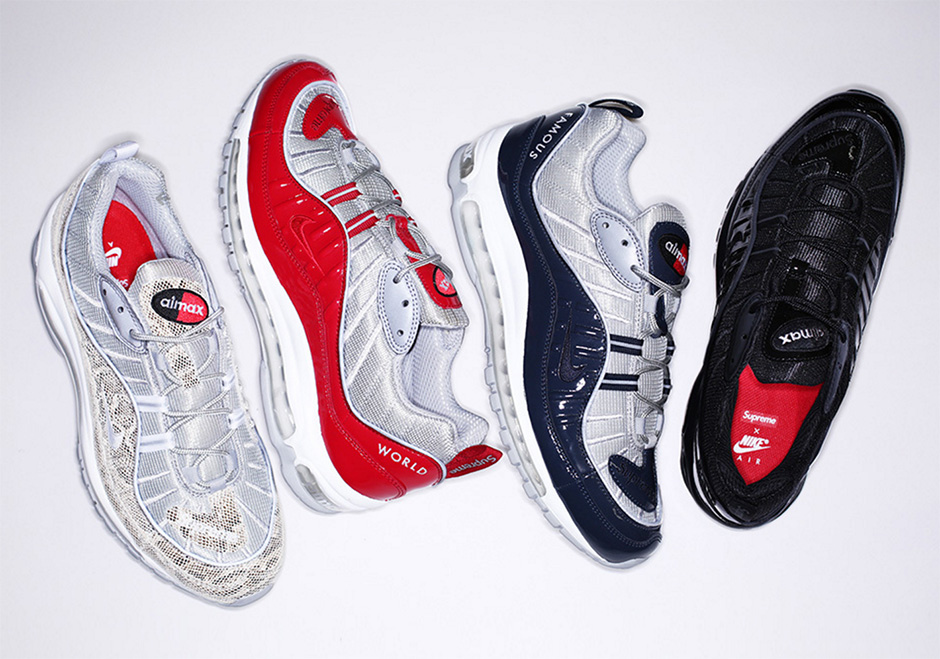 Supreme finally announces release date information for their Air Max 98 collaboration, which features four unique styles of the running shoe using patent leather uppers. A tan snakeskin, red patent leather, navy blue patent leather, and solid black will release at Supreme locations beginning this Thursday, April 28th online and Friday, April 29th in Tokyo. Supreme also confirms that there will be no in-store release for the shoes or the hats at the NY, LA, London, and Paris locations, ensuring safety by diverting all potential customers to the online store. In addition, there is no confirmation regarding a possible NikeLab release, although we are inclined to believe that Nike may release at least the red pair given that the Instagram first unveiled official photos some weeks ago. Which of the four are your favorite? Stay tuned for the release later this week.