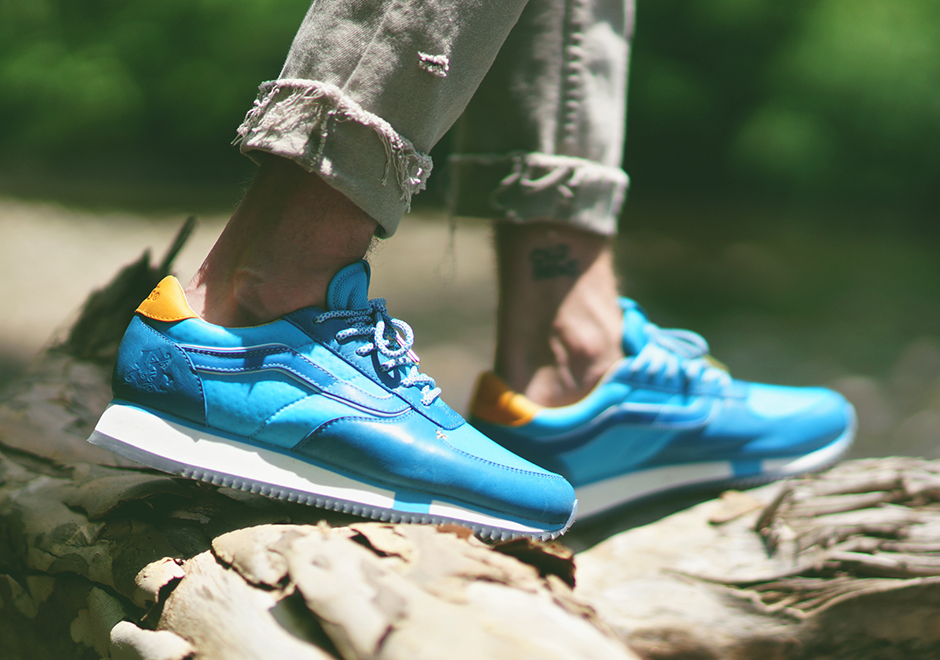 Inspired by a running shoe produced by Vans in the early 1980’s, the brand’s brief foray into the running market influenced this updated version, dubbed the OG Runner, with a few tweaks for a more stylish look. Frequent Vans collaborators Sole Classics of Columbus, Ohio have been tapped to highlight the roll-out of the OG Runner with this premium version as part of the Vans Vault line. The OG Runner LX “Kitchi” by Sole Classics draws inspiration form a local folklore tale of a boy who used the Ohio river to save himself and his village, constructed in high-grade leather and neoprene in a vibrant turquoise colorway. Special details include reflective lining on the side stripes, embossed graphics on the heels, an icy clear outsole with graphics visible underneath, and subtle “x” stitching to reference the Ohio boutique’s 10th anniversary. The Sole Classics x Vans Vault OG Runner LX “Kitchi” drops this Saturday, June 25th exclusively at Sole Classics in-store and online for $150.

The post Sole Classics and Vans Team Up On the Recently Introduced OG Runner appeared first on Sneaker News.