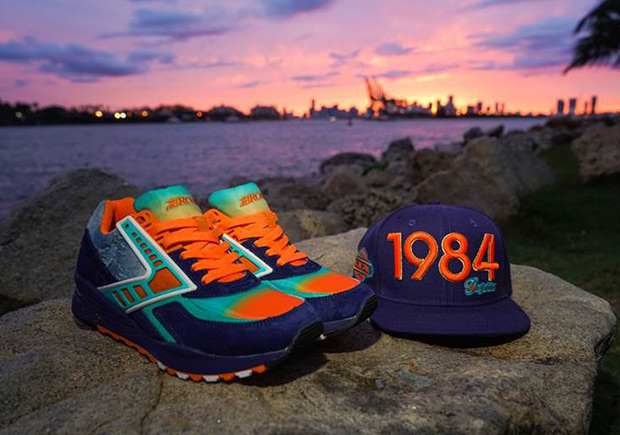 Brooks Heritage teams up with Miami sneaker shop Shoe Gallery for a special collab to kick off the summer in style. Utilizing the vintage Regent runner, Shoe Palace celebrates the dominant Miami Dolphins teams of the mid 1980s—specifically the ’84 squad that went to the Super Bowl—with a teal and orange fade and accents against a dark blue suede upper. The shoe also draws inspiration for the era’s music and fashion cultures, with distressed denim paneling referencing the punk rock aesthetic. The “84 Fins” Brooks Regent will be available exclusively at Shoe Palace on April 23rd followed by a wider release at select Brooks Heritage retailers on May 7th. A special edition New Era cap and denim jacket will also be available alongside the shoes.