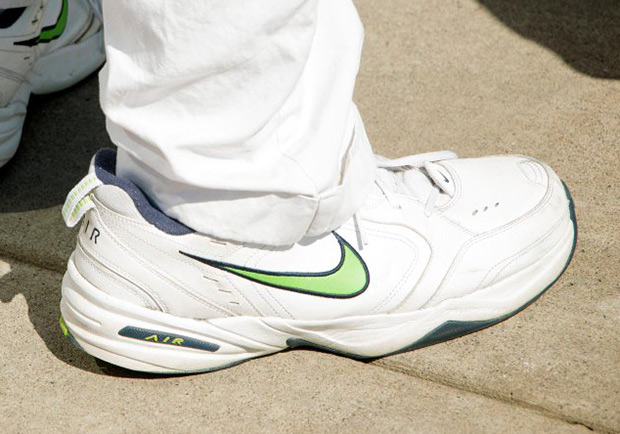 Seattle Seahawks coach Pete Carroll caused a hilarious stir when his Nike Air Monarchs popped up outta nowhere and became a fun topic in the sneaker circles. The former USC coach rocks them with pride, and even has a special Seahawks PE colorway that nobody else has. Still, fans think he should change up his shoe game, but after giving another pair of Nike trainers a shot, Carroll is back at it again with the “dad shoe” because they’re wide enough for his feet. He goes on to state that the shoe size doesn’t matter, as long as they’re quadruple E in width, and the Monarch is one of the more well-known shoes produced in those big-foot sizes. Peep the full article on the official seahawks website.