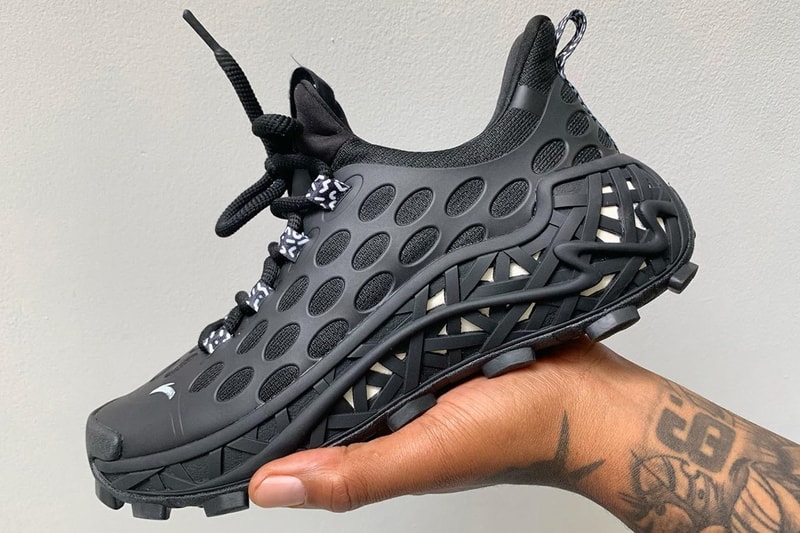 Versace Vice President of Sneakers & Men’s Footwear Salehe Bembury has been staying busy with many side projects of late — one of which is a collaboration with ANTA. After revealing a boot-style high top at the beginning of April, Bembury has now previewed a second silhouette from his project with the Chinese sportswear brand: a low-cut, highly detailed hiking sneaker.

Dressed almost entirely in black, the shoe’s main design points are provided by its multiple layers. On the top, rubberized overlays with oval-shaped perforations reveal a mesh base layer. On the midsole, an abstract latticed pattern ensconces what appears to be white foam and a single squiggled line runs from heel to toe. This same squiggle is replicated in white on both the eyestays and heel tab, with a single silver ANTA strike on the toebox offering the only touch of branding. Rugged outsoles with bold, protruding tread complete the look.

Between his day job at Versace, his ANTA collaboration and his upcoming New Balance project, it’s bound to be an eventful summer for the tenured footwear designer. A release date for this new style has not yet been revealed, but stay tuned for more info.