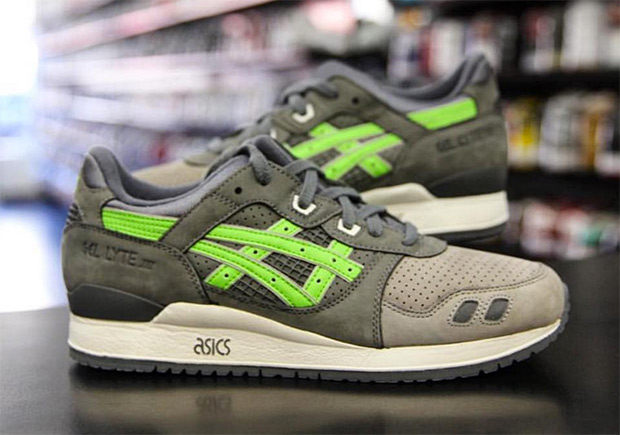 One of the most sought after and insanely priced ASICS GEL-Lyte IIIs ever is, unsurprisingly, a Ronnie Fieg project. This simple and, quite frankly, basic colorway of grey and green became a unicorn of sorts due to the shoe never actually releasing, but also because the shoes were created as a donation to the needy as part of a Soles4Souls campaign embarked upon by Fieg and the KITH crew. Ronnie also confirms that a few other “unicorns” will release, which may tie into an Instagram photo he posted of the aforementioned Super Greens, a fellow unreleased sample in the Mossad, and the classic Salmon Toes. Finally, he also mentions a release of an GEL-Lyte 3.1, which could be nomenclature for his ASICS retros, or perhaps a remastered version like the GEL-Lyte EVO. Are you excited? Stay tuned for more release info.