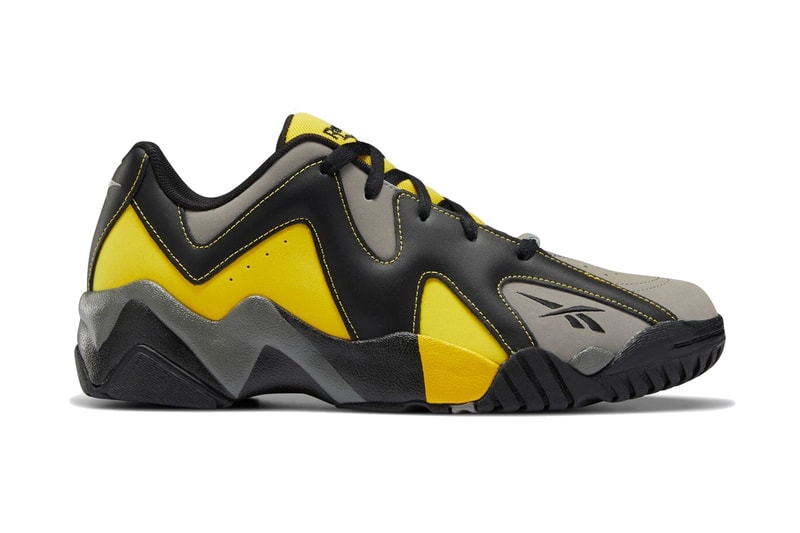 Reebok recently brought Shawn Kemp‘s famed Kamikaze II back out of the vault, and with summer upon us it’s also begun to re-release the chopped-down Kamikaze II Low. Boasting most of the jagged stylings and retro basketball flair of its high-cut counterpart, the Kamikaze II Low has recently rolled out in a handful of in-line colorways — plus a Dime collaboration last December — and is now set to release in a buzzy “Alert Yellow.”

The epynomous “Alert Yellow” hue takes up residence on the back and middle of the upper, and is separated from the forefoot’s “Space Grey” shade by a jagged black overlay with yellow contrast stitching. Tongues are done up in yellow as well, with heels boasting a black overlay of their own. Branding is handled by Reebok’s Vector logo on the forefoot, tongue and heel alike. Down below, black, gray and yellow reunite on the midsole, and outsoles loaded with DMX cushioning complete the look.

The Reebok Kamikaze II “Alert Yellow” is available now on the Reebok Japan webstore, priced at ¥16,500 JPY (approximately $151 USD), inclusive of tax. A US release has yet to be announced.