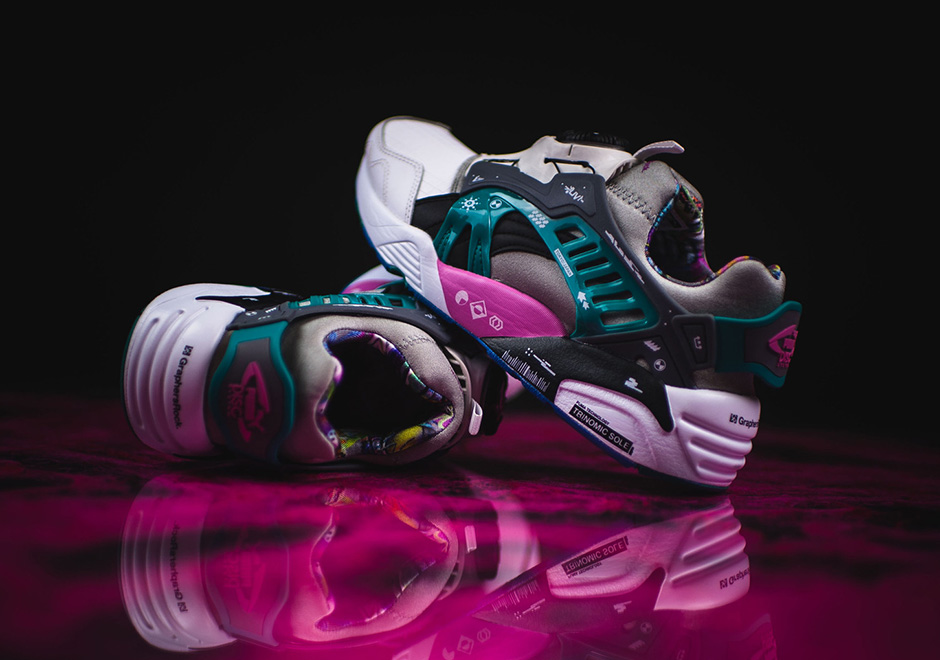 Puma has been expanding its collaborative efforts lately to show some love to lesser known boutiques from around the world, a commendable effort that’s given us plenty of awesome colorways and unexpected themes over the past year and a half. The latest team-up brings Japanese creatives Graphers Rock to the forefront, as they’ve taken an updated version of the Puma Disc Blaze to task in two brand new looks that bring 90s nostalgia and a love of technology along with the release. Graphers Rock implements unique logos and labels atop the Disc Blaze’s different technological achievements from the Trinomic outsole unit to the plastic supportive overlay. Check out detailed photos below and pick up your pair from select stateside shops like Rock City Kicks today for $180 USD each.