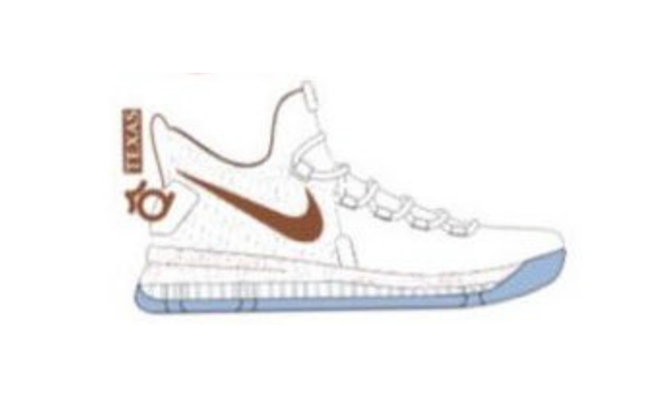 Kevin Durant being an alumni of the Texas Longhorns always seems to have his latest signature model dressed in the Universities colors. Since we are currently on the Nike KD 9, we have a look at two ‘Texas’ Nike KD 9 themes that potentially could release.

Both Nike KD 9 models for Texas will feature the traditional Burnt Orange while one comes with a White base and the other in Grey. From the catalog scans, Texas branding will land on the heel and insoles while each appear to use a translucent outsole.

Below is another preview of both colorways of the Nike KD 9 Texas as well as a look at the Nike KD Trey 5 IV in the Universities respective colors in both Home and Away. While it does look like they will be releasing sometime down the line, the actual release date is unknown but make sure to check back with us for additional images and updates. 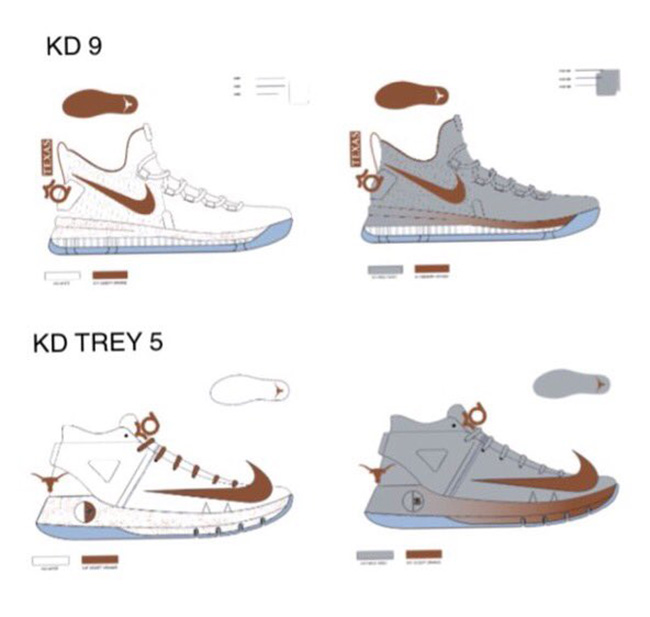