Premier And Saucony Create A “Nightstrike” Edition Of The Kinvara 7 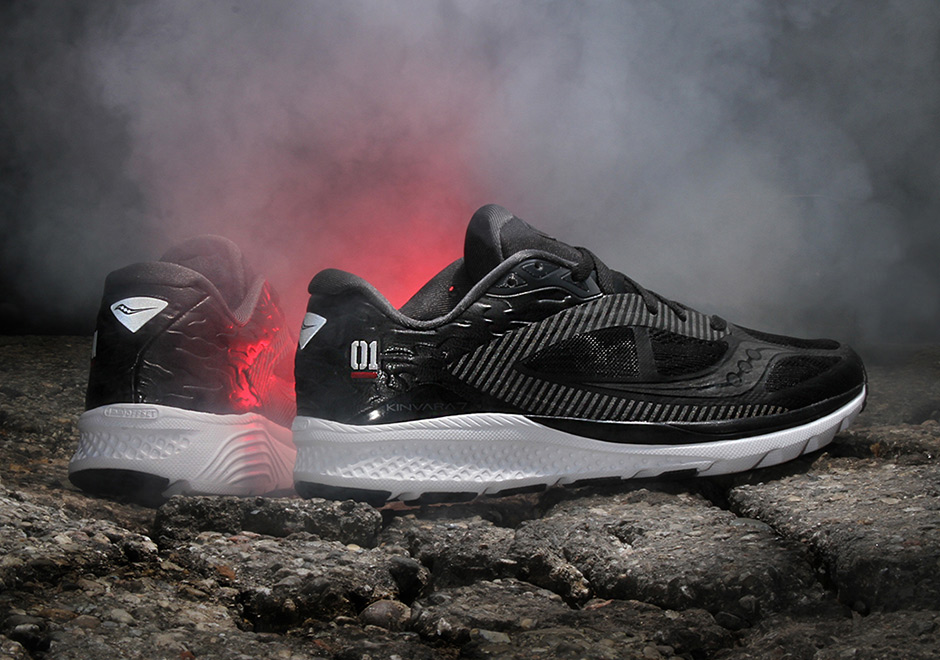 Here’s something you don’t see very often when it comes to collab sneakers: a new performance model instead of a retro runner. Michigan sneaker shop Premier teams up with Saucony for this unexpected collab of the Kinvara 7 dubbed the “Nighstrike” colorway. Inspired by tactical night strikes by military bomber planes before the days of radar, the Kinvara 7 features a stealthy black upper accented with camo knit mesh and embossed camo textures wrapping the leather heel, while undercover reflective striping is found on each quarter panel. Premier bomber branding appears on the tongue, while the 01 graphic on each heel represents 2001, the year the shop opened. The Saucony Kinvara “Nightstrike” drops this Saturday, July 16th exclusively in-store at Premier at 9 AM EST for $130. Any remaining pairs of the limited supply will release online via a Twitter link from Premier’s account at 11 AM.

The post Premier And Saucony Create A “Nightstrike” Edition Of The Kinvara 7 appeared first on Sneaker News.