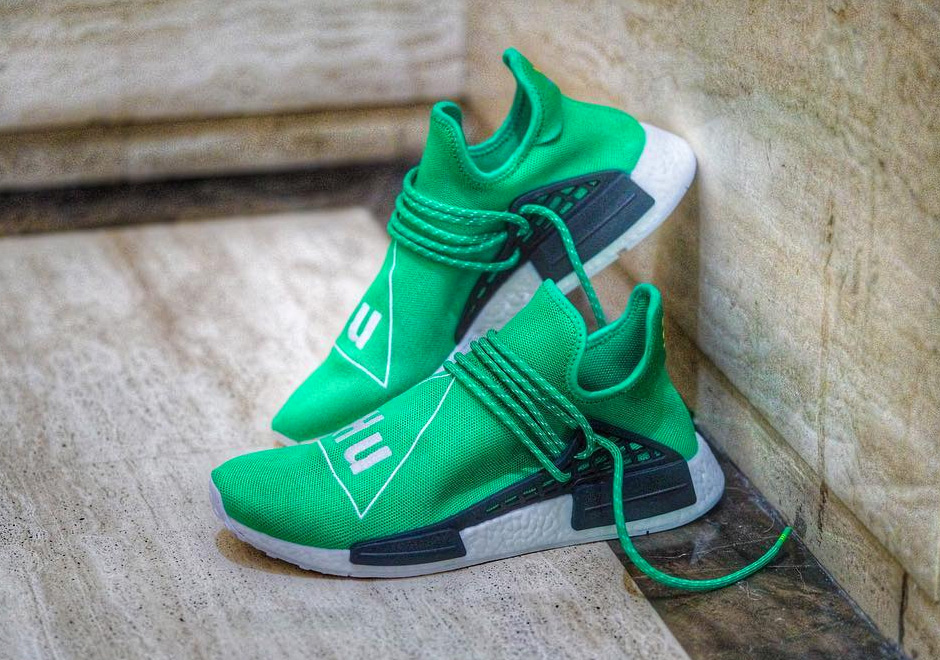 Pharrell’s adidas NMD “Human Race” was a massive hit, but it’s not stopping there. Today we get a first look at the next shoe up to come from the Pharrell x adidas Originals partnership, featuring a new “Hu” logo with a triangle on the upper. The red pair that leaked out earlier this week is confirmed to be fake by both adidas Originals and BBC. This new version features the same modified upper cage and the roped laces seen in the first pair, with a solid white Boost cushioning and sole completing the look. Peep a first detailed look ahead and we’ll let you know when they officially release.