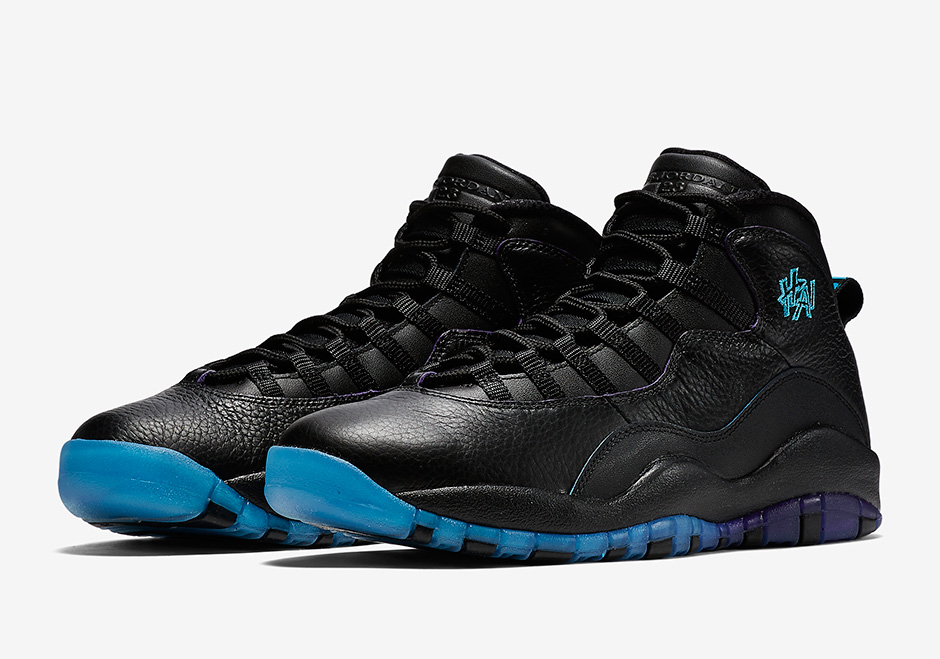 Jordan Brand’s ongoing Air Jordan 10 City Pack has ditched the traditionalism found throughout the original 1994 offering to expand the collection globally. Instead of somewhat obscure NBA cities like Sacramento and Orlando getting a nod, the Jumpman has expanded to fashion capitals around the globe, the latest being this Air Jordan 10 “Shanghai”. The Hornets-vibe uses Gamma Blue and Fierce Purple as the main accents, as the premium black leather upper sees contrast piping in both shades throughout the numerous panels. The gradient outsole fading from Fierce Purple at the heel to Gamma Blue by the toe is undoubtedly the highlight of this particular Air Jordan 10 release. Stay tuned for upcoming release info on this pair and let us know where this latest Air Jordan 10 City Pack installment ranks compared to the other cities by taking your thoughts to our comments section.