Nike’s Sequel To The Magista Football Boot Is Coming Soon 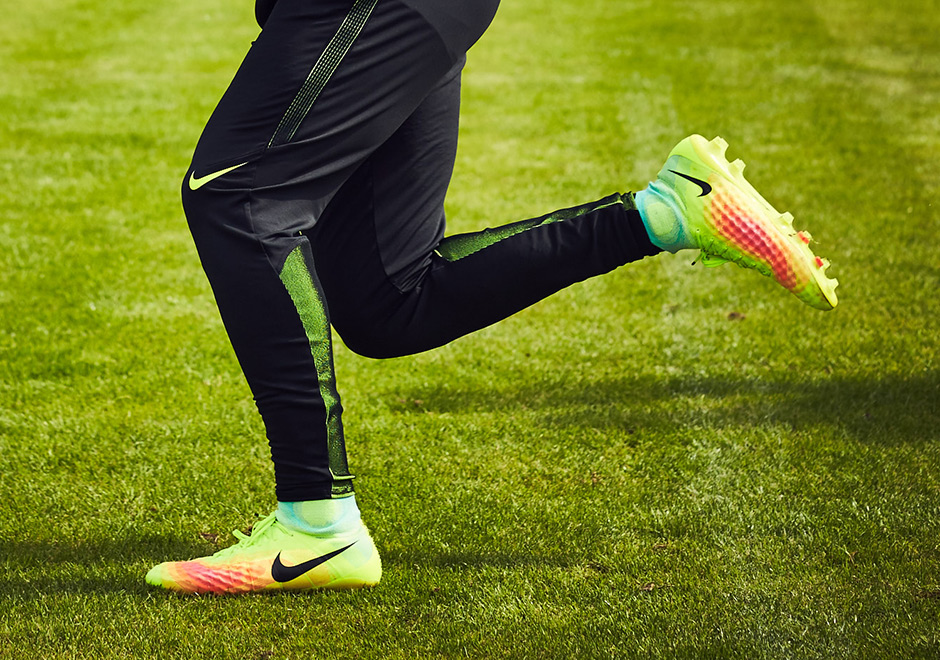 Nike focussed on creating a football boot so dynamic and lightweight that it could answer the question of ‘what if the foot had actually evolved to play the game of football?’. Designer Phil Woodman returned to answer that question with the Nike Magista 2, the latest soccer silhouette featuring a mid collar and the evolution of Nike’s coveted Flyknit technology. Created with the attempt to be an organic extension of the foot, Nike made the boot as lightweight as possible by mapping the Flyknit in a completely new way through the use of negative space. The Nike Magista 2 utilizes a new Dynamic Fit Collar, skipping out on the normal tongue construction so that the silhouette could utilize a light padding under the laces for added coverage to one of the foot’s most highly contacted areas. The “Heat Map” colorway actually mirrors the set of data collected when Woodman and Nike studied the foot’s high contact areas when playing the game of soccer – the darker the Flyknit section, the more likely the foot will contact the ball there. The Nike Magista 2 will be available July 24th on the Nike Football App. Check out a detailed look below and stay tuned for more updates right here on Sneaker News.