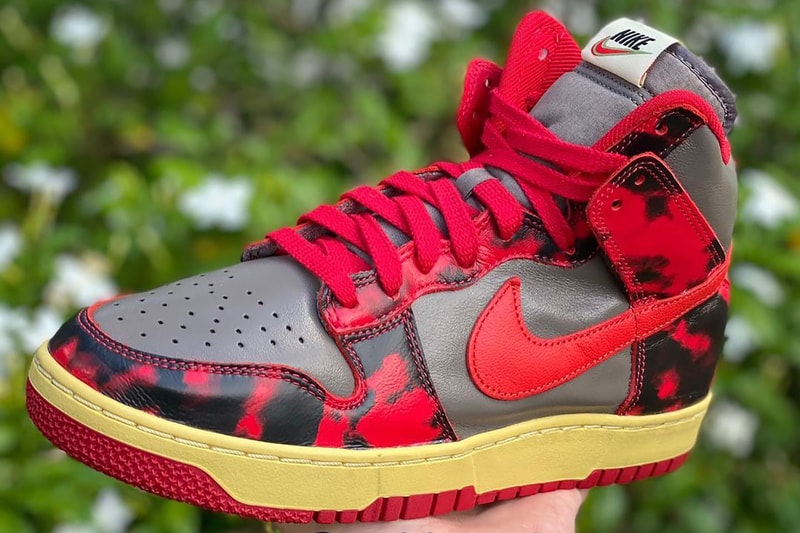 Whether or not you’re over the fact that a plethora of Dunks keep getting unveiled and released from the Nike team this year, the Beaverton-based brand has intentions of milking this wave for as long as they can. Yes, this means that a ton of more makeups are on the way, and the latest to be uncovered is this Nike Dunk High that is covered in red and gray camouflage patterns.

This high-cut iteration’s arrangement kicks off with a dark gray tone that makes its way to the toe boxes, tongues, quarters and collars. Next in line comes the overlays which are outifitted with all-over black and red tie dye patterns, as well as the Swooshes which come splashed with solid red. Pop over to the tongues and you’ll notice that the Swoosh logo has been slightly altered with an extra outline on its Swoosh. Transitioning the focus downwards, the midsoles express a vintage vibe as they comes with pre-yellowed surface. Rounding off its design is a full red outsole.

Nike has not yet confirmed its official release date, but it’s likely that these will hit retailers in the coming months.