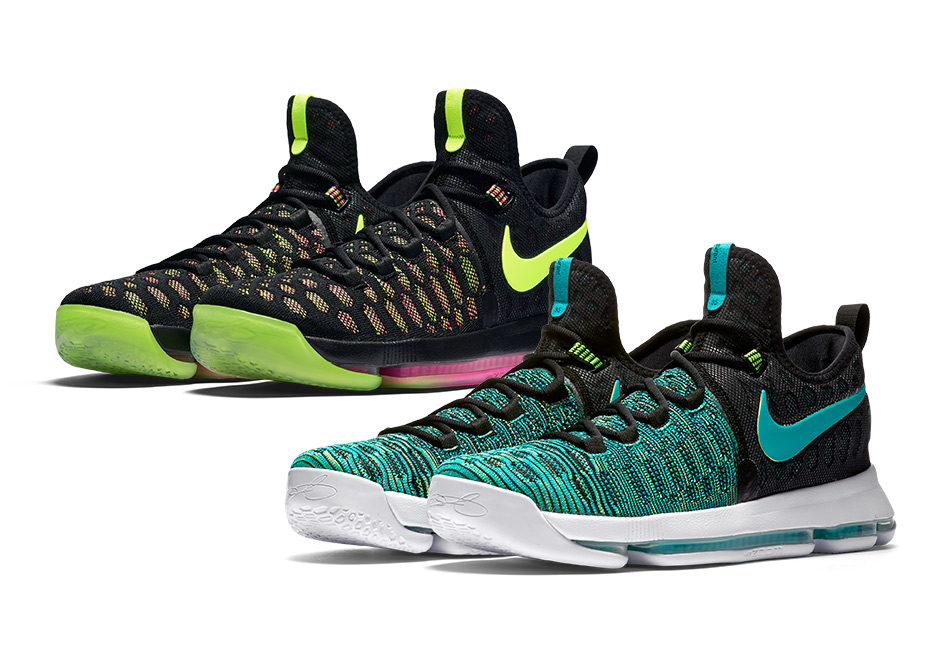 Kevin Durant’s career has allowed him to embrace some newfound hobbies and passions over the last decade. As his basketball talents take him all over the world, Kevin has developed an affinity for photography, global travel, and other hobbies that he shares with his Nike compatriot Leo Chang. Today, Nike announces that KD will partake in a week-long tour in China to share the new KD 9 with his massive fanbase in Asia; with stops in Guangzhou, Hong Kong, and Taipai, there’s no doubt that KD will be carrying his camera around with him to take some more shots for his personal portfolio.

The next major stop after China will be Rio for the 2016 Olympic Games in August, so Nike has unveiled two key releases of his new KD 9 shoes that are set to hit stores leading up to the big sporting event. The “Unlimited” colorway, which boasts an energetic black/neon/pink composition, will hit stores on August 4th, while the nature-themed “Birds Of Paradise” will become available on August 19th. Get a detailed look at both upcoming KD 9 shoes ahead and mark your calendars for those key dates if you’re waiting for the next KD 9 drops.