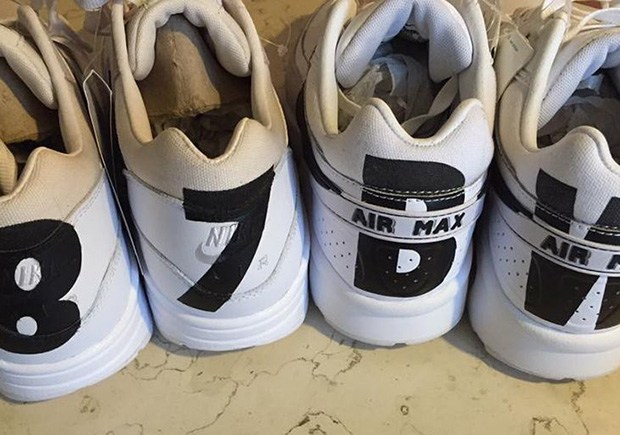 Remember that Nike Air Flight ’89 with the giant “89” on the heels? it looks like the same concept is back again on a couple of classic Air Max runners, the Air Max 1 and BW. Just like the Air Flight ’89 release from last year, both the Air Max 1 and Air Classic BW receive white uppers with can’t-miss large black text on the heels. The Air Max 1 features “8” on the left heel and “7” on the right, representing 1987, the year the shoe was originally released, while the BW’s simply get “B” and “W” on their heels. No word yet on a release date for either model, but expect both to be available at select Nike Sportswear retailers later this year.