Nike Signs Breanna Stewart, One Of The Best College Basketball Players In History 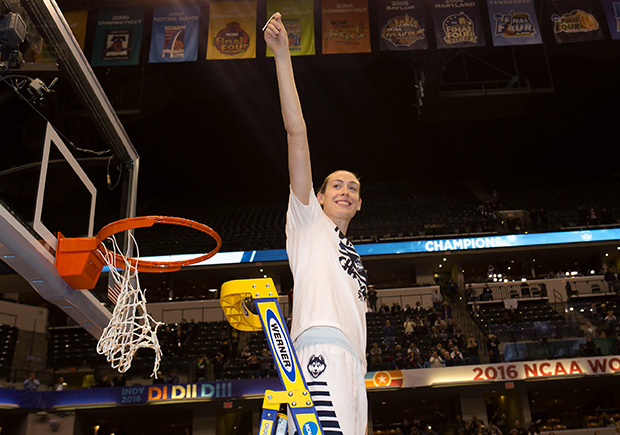 Nike Basketball has just inked this year’s WNBA first overall pick, Breanna Stewart, to a multi-year endorsement deal a week after she closed the book on her historic collegiate career. She’s the first NCAA player ever, male or female, to take home four consecutive national titles while also being named the tournament’s Most Outstand Player for each of those seasons. During this year’s tournament, Stewart laced up a Nike KD 8 Elite “UConn” PE. Her next goal is to bring a basketball championship back to Seattle where she’s the newest member of the WNBA’s Storm franchise. Other women’s basketball signees include top picks Rachel Banham, Aerial Powers, Jonquel Jones, and Tiffany Mitchell.

Read the rest of Nike Signs Breanna Stewart, One Of The Best College Basketball Players In History

The post Nike Signs Breanna Stewart, One Of The Best College Basketball Players In History appeared first on Sneaker News.