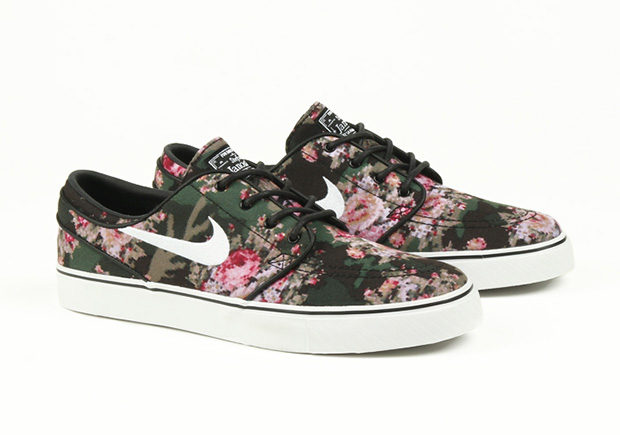 Known to usually steer away from retro releases of their classic colorways for whatever reason, Nike SB has apparently had a change of heart this summer as one of the most beloved colorways of the Zoom Stefan Janoski makes a return. Blooming again this month is the coveted “Digi-Floral” colorway of the Janoski in canvas, which sold out quickly and was hot on the resale market after it originally released in 2013. After the digital floral motif appeared again in a “Mandarin” color scheme in late 2013, we haven’t seen it again until now, as the original version drops again this weekend. The Zoom Janoski “Digi-Floral” drops Friday, June 10th at Nike.com and select Nike SB retailers.