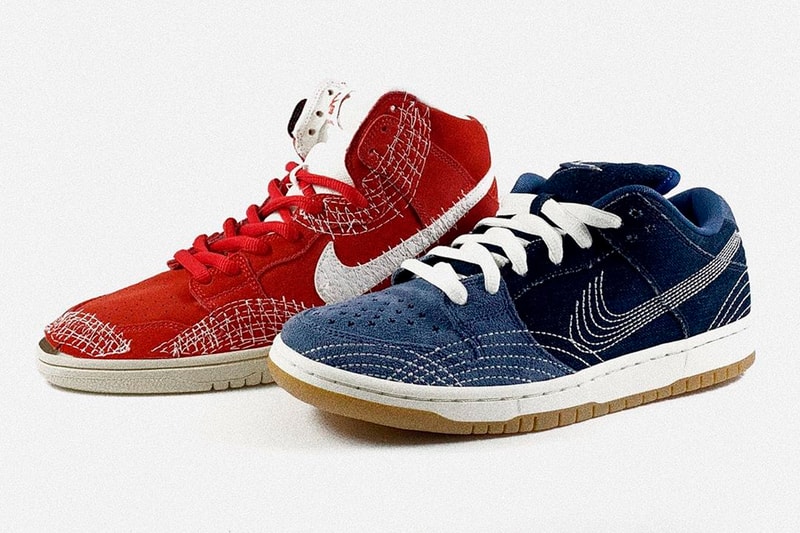 Shortly after getting a look at the SB Blazer, SB Janoski and Kyrie S2 Hybrid from the upcoming “Sashiko” Pack, we are now learning about the Nike SB Dunk High that launched the set. Centered around Sashiko, the range of sneakers are decorated in reference to a traditional Japanese denim reinforcement stitching dating back to the early 1600s.

Courtesy of Nike SB footwear designer Bryce Wong, the shoe accompanied by the Dunk Low iteration seen earlier this week is an early design that fueled the “Sashiko” Pack. The handmade mockup sees a red nubuck base marked with contrast stitch detailing. The contrasting “little stabs” on the mock-up would go on to inspire the midfoot Swooshes and circular patterns along the toe and heel regions found throughout the pack.

Offering a look at the prototype to final design, Wong notes his enjoyment of working on the project and notes it is his favorite example of process-driven design.

Check out the Nike SB Dunk High that launched the upcoming “Sashiko” Pack above.

Handmade mockup to final version of the SB Sashiko Dunk. One of my favorite examples of process driven design. Such a fun project to work on! #process #processporn #nikesb #dunk