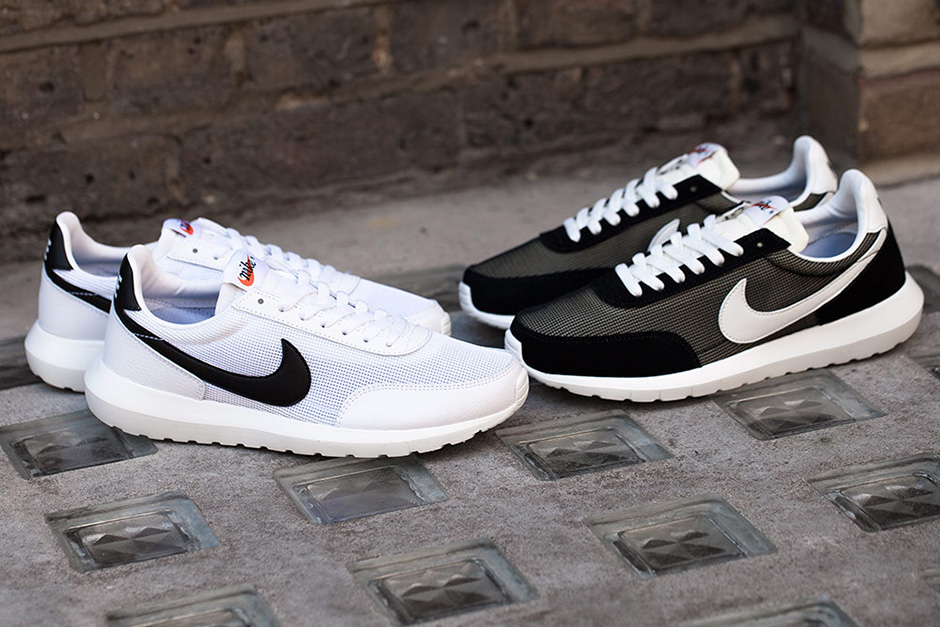 The Nike Roshe Daybreak goes all black and white this spring for the two reverse colorways we’re going to dub the “Yin Yang” pack. No, not a reference to the rapping twins, we’re talking about the face that one pair is in a simple white upper with black accents, while the other comes in black with white accents. Take your pick, and find the mash-up between the Roshe and the vintage Daybreak arriving now at select Nike Sportswear retailers worldwide.