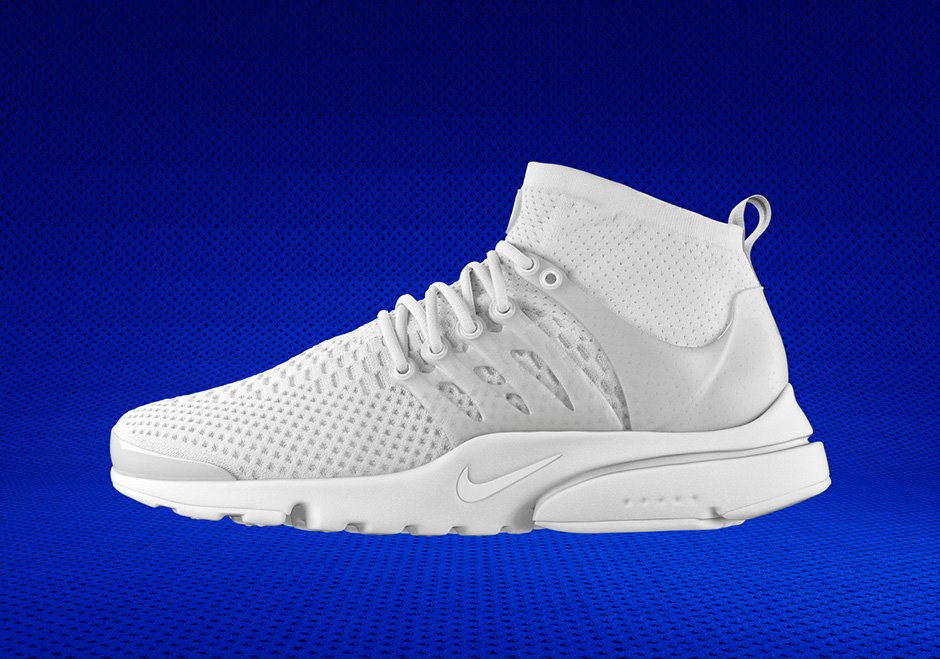 Nike Sportswear is proud to present the next evolution of their iconic Presto line with the introduction of the Nike Air Presto Ultra Flyknit. The Nike Air Presto debuted in 2000 with a futuristic design and attention-grabbing ad campaign that was noteworthy for being one of the first times that crazy colorway names adorned a particular sneaker. As if that wasn’t enough, the Presto was marketed as a t-shirt for your feet and came equipped with t-shirt sizing instead of the usual numeric system. All of that wouldn’t have mattered if the shoe wasn’t incredibly comfortable though, and now a decade and a half later, the Presto line is as relevant as ever. The Nike Presto Flyknit utilizes the woven technology complete with a stretch collar while the iconic TPU cage overlay adds signature Presto style cues. For the first time ever, the Nike Air Presto will come in a mid-top silhouette for a modernized aesthetic. 5 monochromatic colorways will debut this Spring 2016 season, all of which can be viewed below. The Nike Air Presto Ultra Flyknit will arrive via Nike SNKRS on April 28th followed by a global release on nike.com/sportswear and at select Nike shops on May 5th.

The post Nike Marks The Return Of Instant Happiness With The Presto Ultra Flyknit appeared first on Sneaker News.