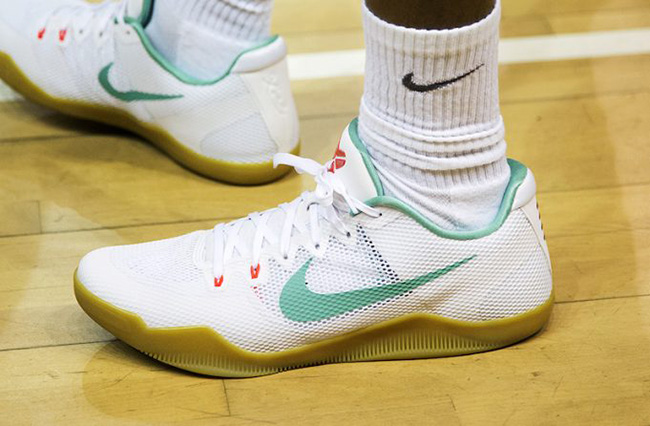 The Nike Kobe 11 ‘Summer Pack’ was recently spotted on the feet of Kobe Bryant during his Summer tour while stopping in the Netherlands and Italy. The good news is this pair will make it’s way to retailers in late August.

This Nike Kobe 11 known as the Summer Pack takes inspiration from the Italian Flag and features a White, Washed Teal and Bright Crimson color combination. Using engineered mesh, they are then completed with a Gum outsole.

The Summer Pack Nike Kobe 11 is set to release at Nike Basketball retailers on August 31st, 2016. Retail price will be $160. Make sure to check back with us for more information and images. For now, let us know your thoughts in the comments section. 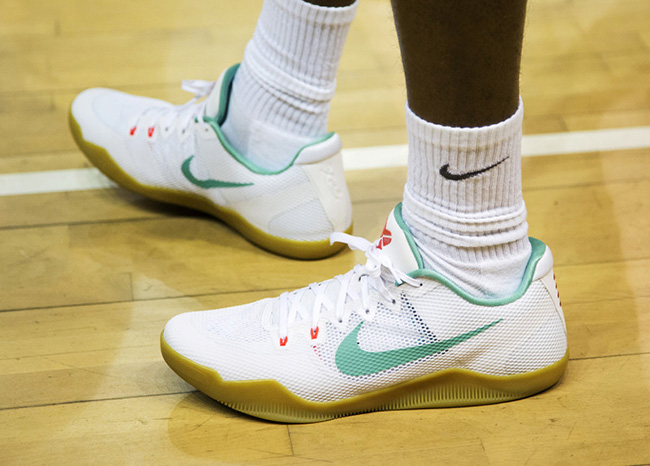