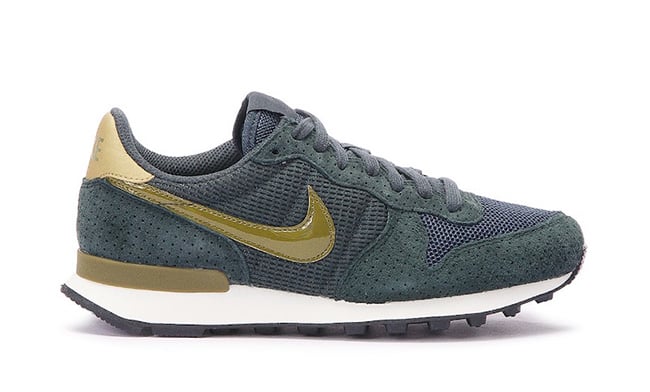 Looking closer, you will notice this Nike Internationalist features a Seaweed and Olive color combination. As well, a textured leather along with perforations complete the uppers. Other details includes Gold on the Nike Swoosh and around the heel, White on the midsole and a Black outsole.

Get a closer look at the Nike Internationalist SE Seaweed below which will give you a better look. At the time of writing, they are now arriving at Nike Sportswear retailers overseas in Women’s sizing. One of the shops you can grab them from is Alike. Retail price is set at €94.90 which comes out to be about $104 USD. As of now, almost a full size run is available. 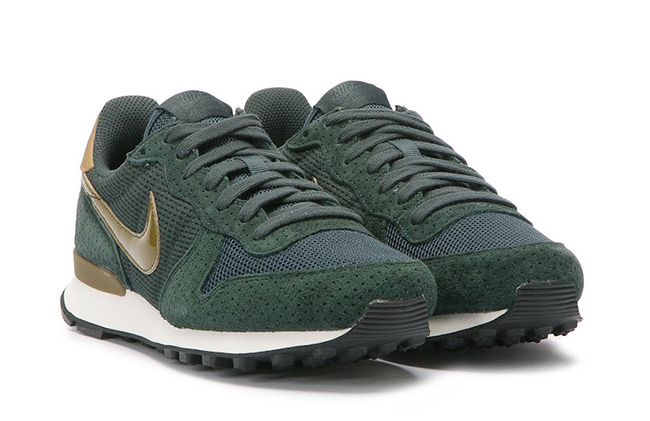 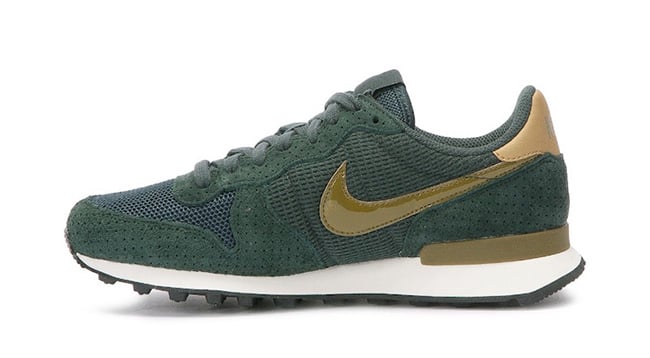 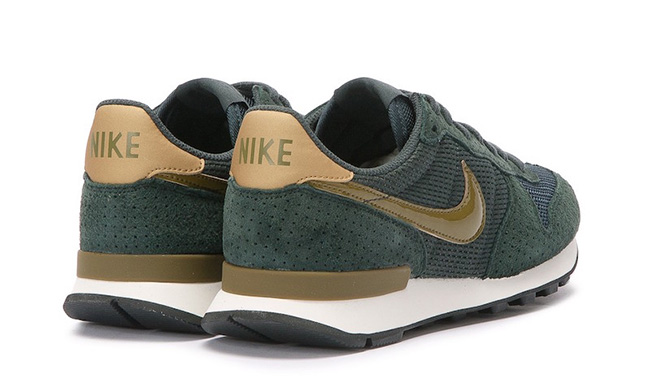