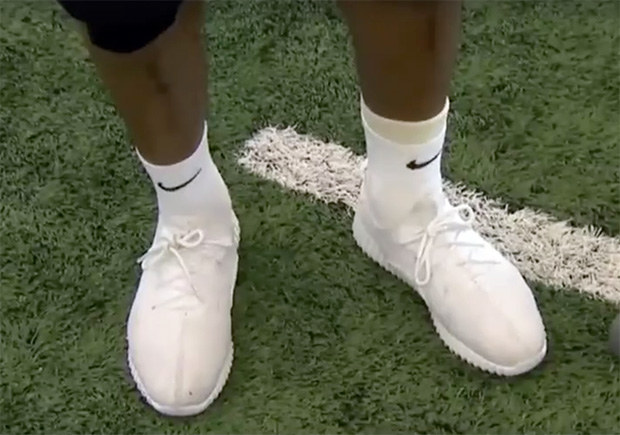 Nike athlete Odell Beckham Jr. got his spot blown by NFL network during this quick interview with Michael Irvin after a practice yesterday. The camera pans down to ODB’s feet to reveal the star receiver wearing what appears to be the Yeezy Boost 350 in the not-yet-released all-white aka “Beluga” colorway. This is a huge faux pas for any endorsed athlete, but could this be a sign that Beckham Jr. and his time with Nike is ticking down, or is he just a big fan of Yeezys? Better yet, how did ODB even get a pair of these in the first place? Check out the video on the NFL Network Facebook page.