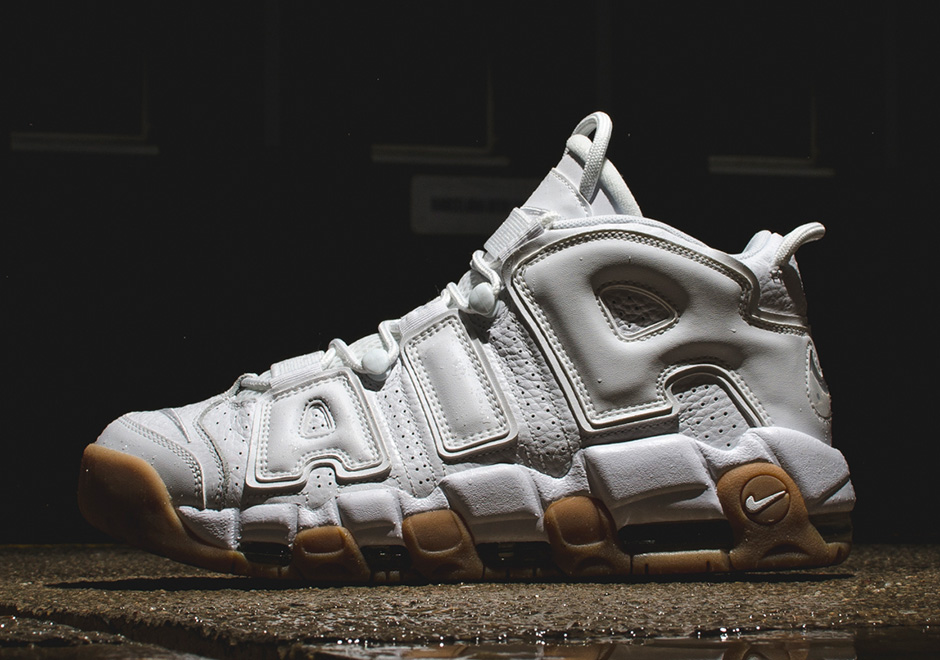 After the recent drop of the OG black and white colorway, it looks like it’s going to be a big 20th anniversary year for the Nike Air More Uptempo. With the return of the original “Olympic” colorway also just confirmed, now we get a look at the first all-new look for the forever bold and epically branded Nike hoops shoe from 1996, featuring a clean and stylish all-white upper with a gum outsole. Easily one of the best non-original colorways of the shoe yet, the White/Gum Air More Uptempo will be in stores this July at select Nike Sportswear retailers around the globe. Grab a first detailed look just below.