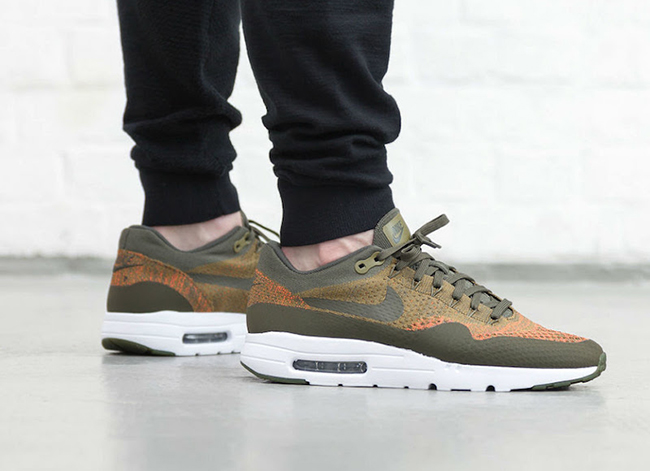 This Nike Air Max 1 comes in a Olive Flak, Cargo Khaki and White color scheme while being constructed with Flyknit on the uppers. Olive lands on the mudguard, around the collar, laces and down the tongue. Orange gradients on the upper along with a White midsole completes the look.

The Nike Air Max 1 Ultra Flyknit Cargo Khaki is now arriving to Nike Sportswear retailers overseas which includes Alike. It isn’t known as of now if this model will be apart of the Air Max 1 Ultra Flyknit releases that are taking place tomorrow in the states, or will officially launch later down the road. Retail price at their shop is €159.90 which comes out to be about $177 USD. More on feet photos of this pair can be seen by scrolling below. 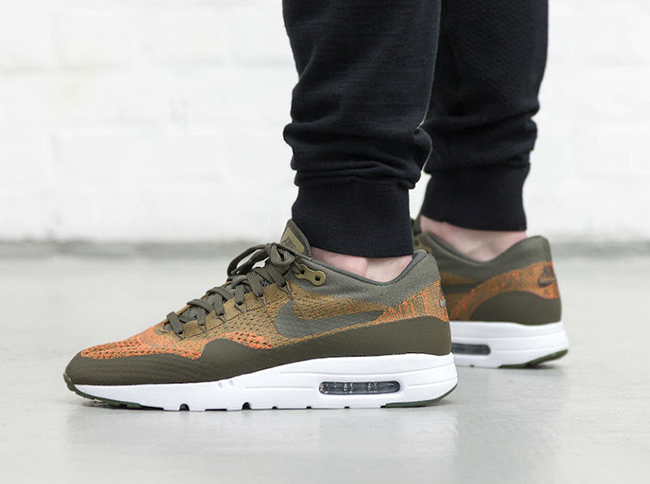 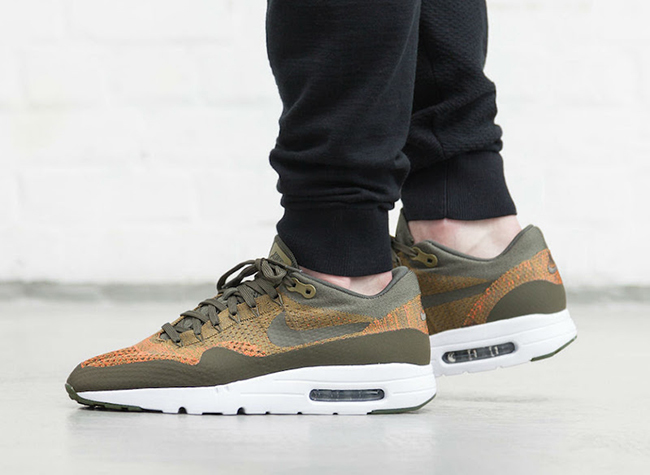 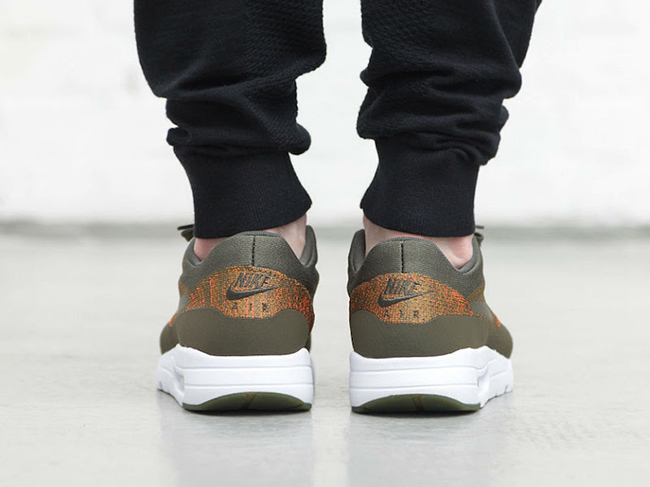