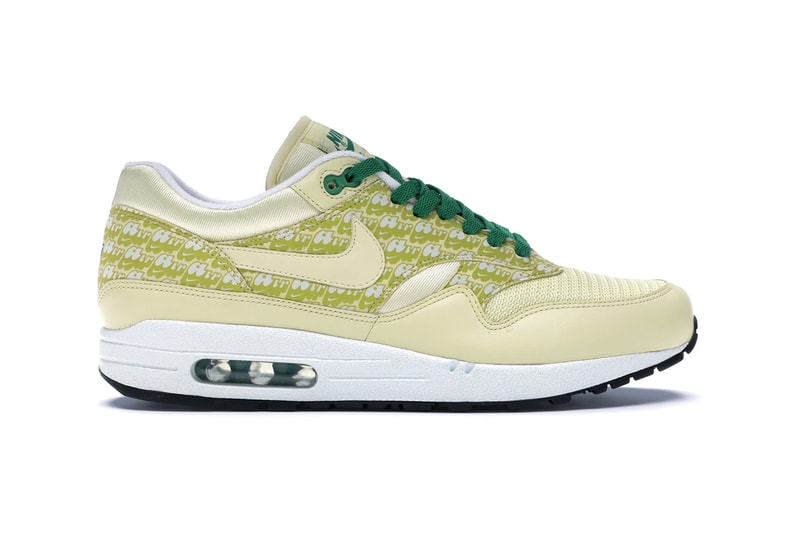 In 2006, Nike celebrated two decades of Air Max with its Powerwall series, which included an array of grail-tier releases like the Air Max 1 “Lemonade,” Air Max 1 “Morning Glory,” and the Air Max 1 “Pink.” After revealing that the sacred “Lemonade” iteration would be making its return this summer, new information from PYRATES states that the famed Powerwall sneaker will also be returning in an alternate “Pine Green” colorway.

While no official photos have yet be released, the shoe is expected to fall in line with other Powerwall sneakers, mimicking a similar style to the “Lemonade” pair but renovated with a Pine Green-clad upper. Fans of the original can expect the same bubble-lettering “Air” pattern to run across the upper’s mid-foot panel as well as the heel region.

While no release date has yet to be confirmed, expect the Nike Air Max 1 PRM “Pine Green” to hit Nike’s webstore this fall.

*LEAK ALERT*: @Nike will be re-releasing the Air Max 1 ‘Lemonade ?’ this Summer.
The shoe was originally part of the Powerwall collection in 2006 & was released in super limited numbers.
Will these be a must cop for you?
Please RT& Follow fore more info#NoMoreSecrets ? pic.twitter.com/2nzJLdL6O6