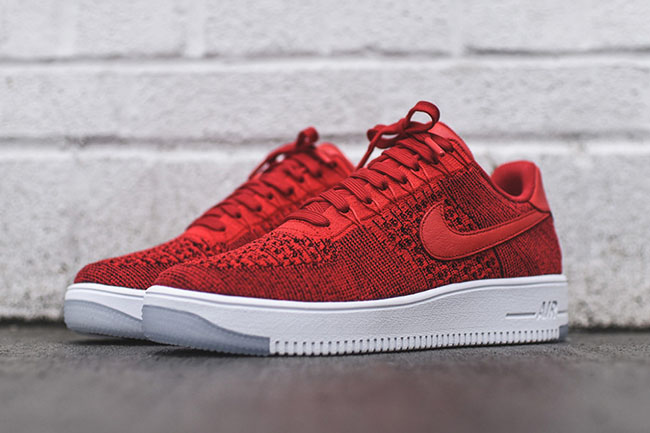 This Air Force 1 Low Flyknit coms dressed in simply University Red and White. The shade of Red covers the uppers while using Flyknit material. White streamlines the midsole and hinted on the Nike Air branding. Completing them is two translucent sections on the outsole.

The ‘University Red’ Nike Air Force 1 Low Flyknit won’t start showing up at retailers until March 2016. A specific release date is not known, but we anticipate the release to become available during the early part of the month. One of the many Nike Sportswear retailers that will have them is Asphalt Gold. While we wait for these to launch, see a few more images by scrolling below. 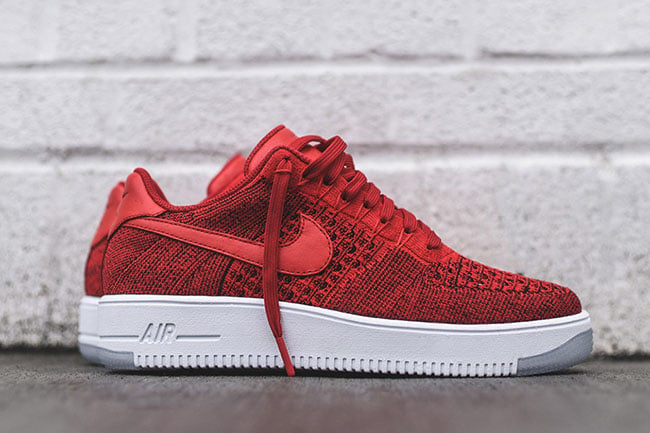 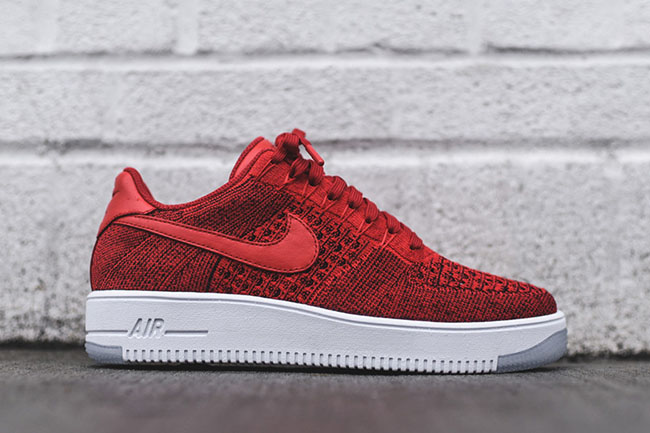 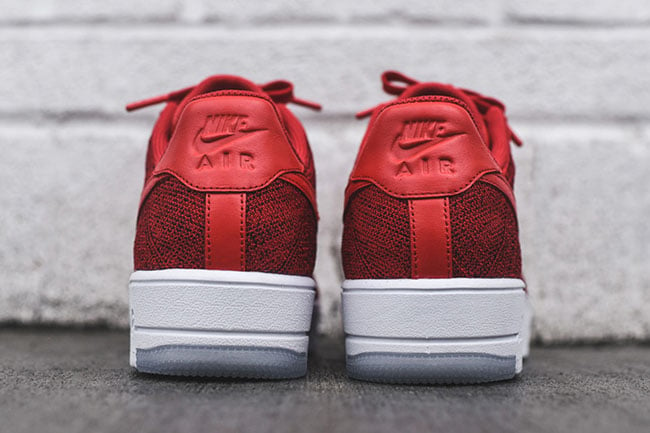 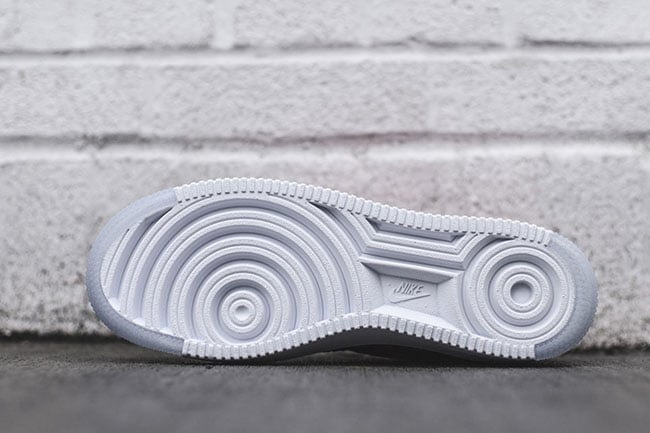 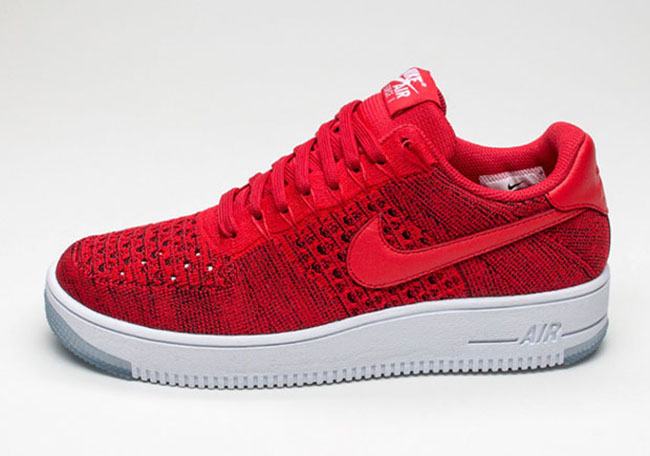 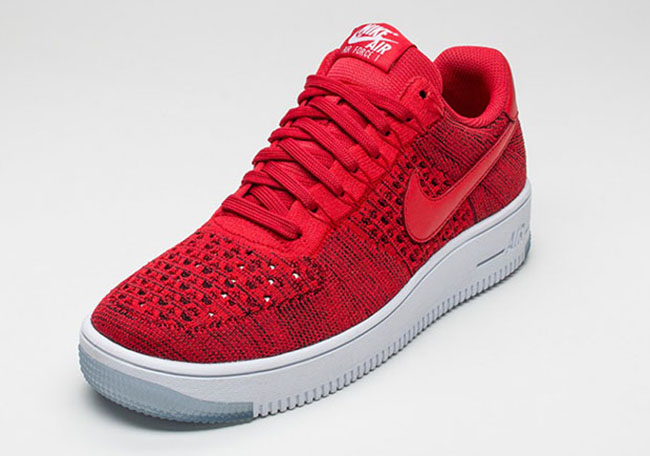 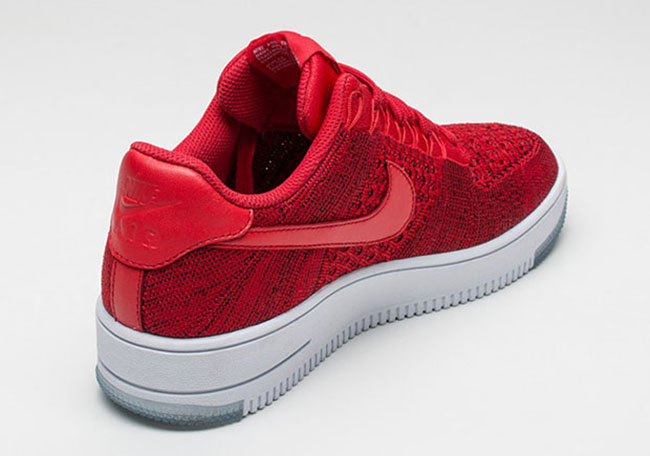