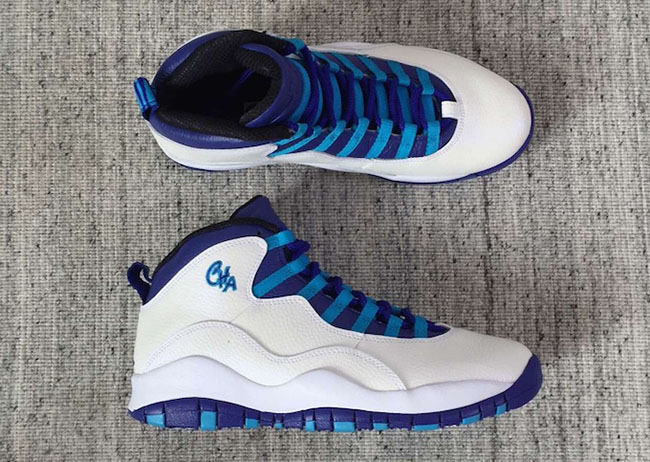 The Air Jordan 10 ‘Charlotte Hornets’ is one of four pairs that make up for the Air Jordan 10 ‘City Pack’. Besides Charlotte, three other cities will be represented which are New York, Los Angeles and Chicago for 2016.

When the Air Jordan 10 originally released back in 1994 through 1995, then under Nike, a City Pack of sorts released with Charlotte being represented. But instead of reissuing the originals, Jordan Brand will make all new colorways to represent the respective cities.

The Hornets Jordan 10 was originally spotted when Michael Jordan took over the Charlotte Hornets Twitter account for which was known as #MJTakeover. Then we got a second glimpse of the shoes in his private suite.

The shoes represent the team well while using a White tumbled leather through the base along with Light Purple accents on the outsole, tongue and liner. A bit of Teal is then used on the eyestays and will be finished off with ‘CHA’ embroidered by the collar.

The ‘Charlotte Hornets’ Air Jordan 10 is scheduled to release on June 18th, 2016 at Jordan Brand retailers across the globe. Retail price will be the now standard $190. We will continue to give you updates with additional photos once they become available, but for now you can see another image below. 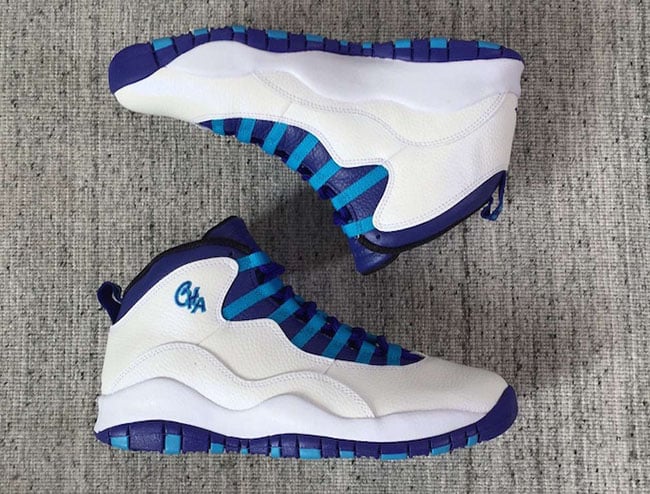 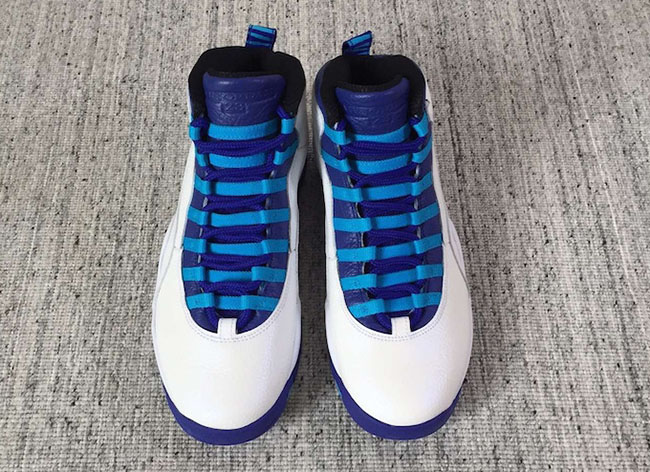 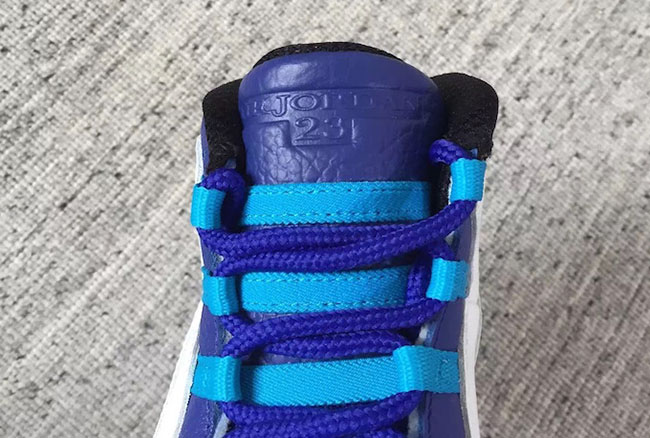 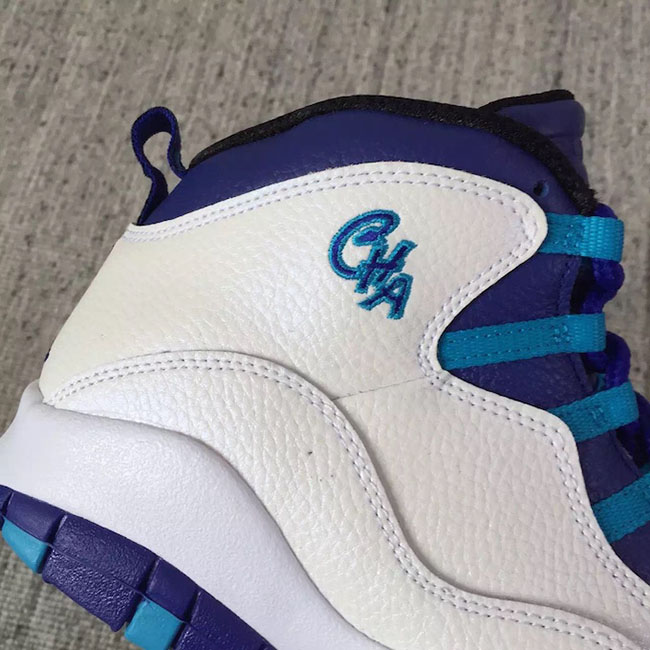 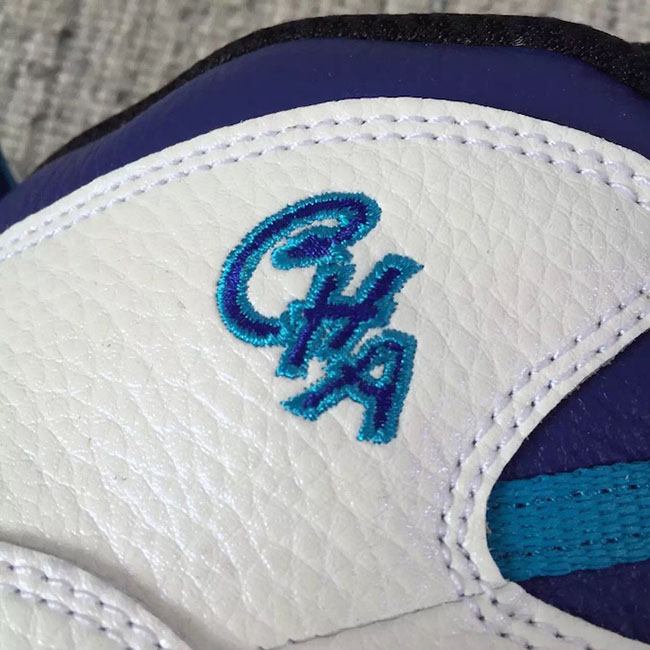 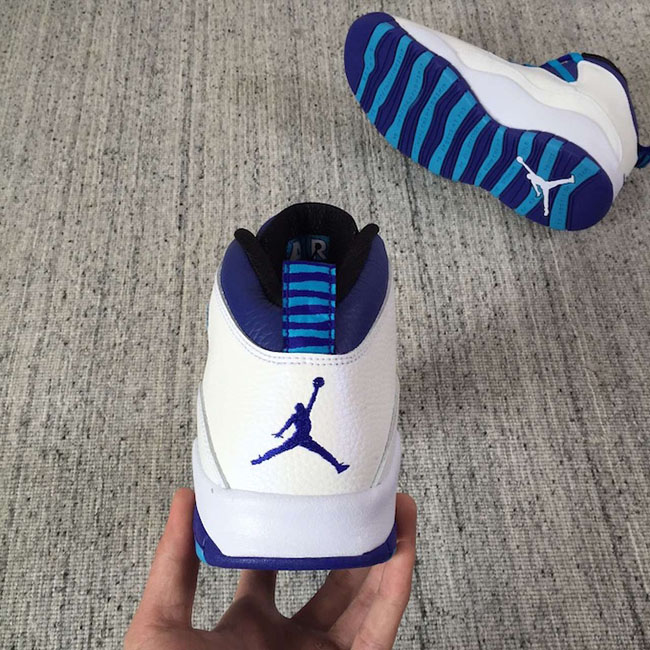 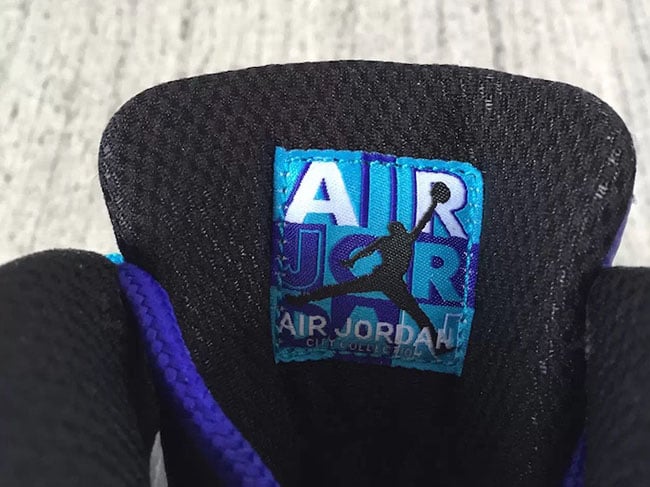 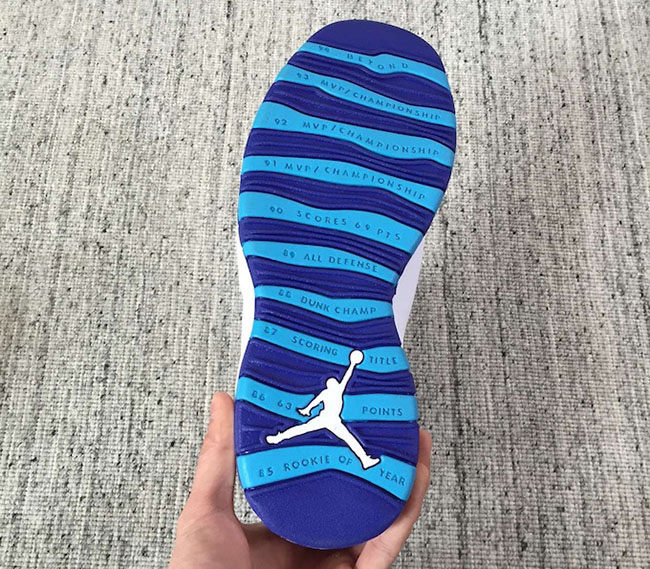 Update: A first look at the ‘Charlotte Hornets’ Air Jordan 10 apart of the City Pack has leaked thanks to realchickenwop. 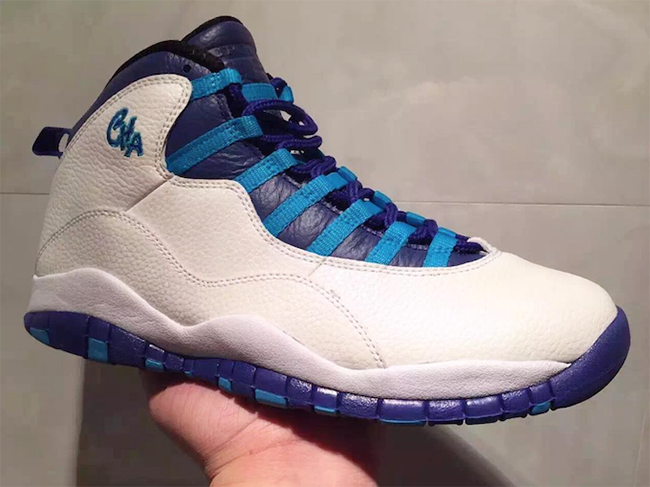 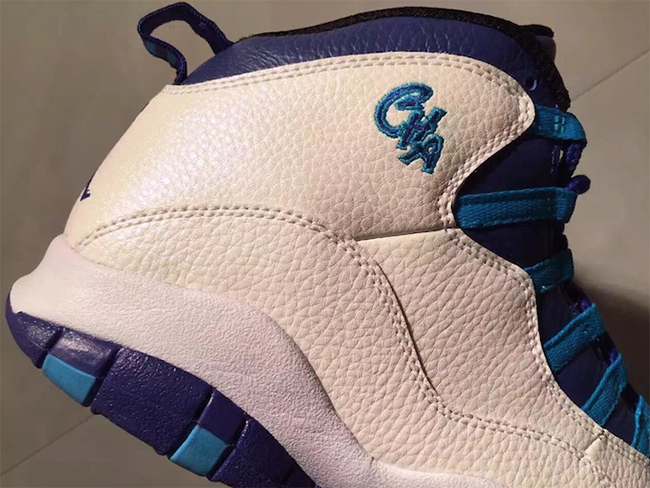 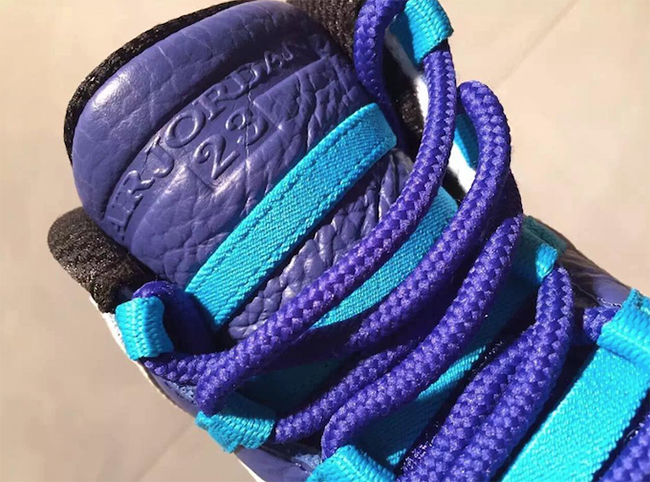 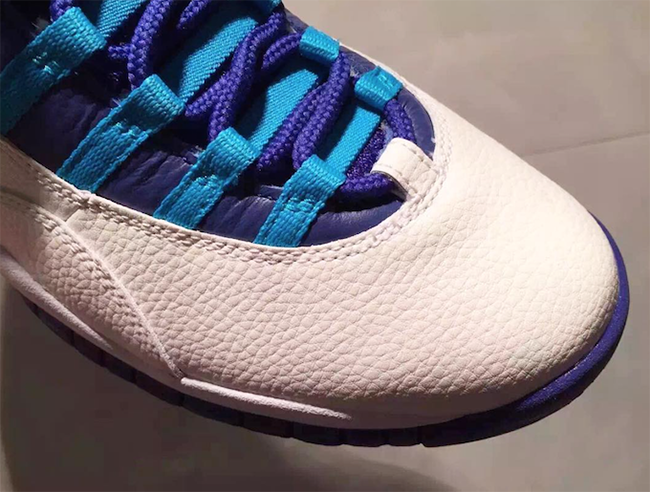 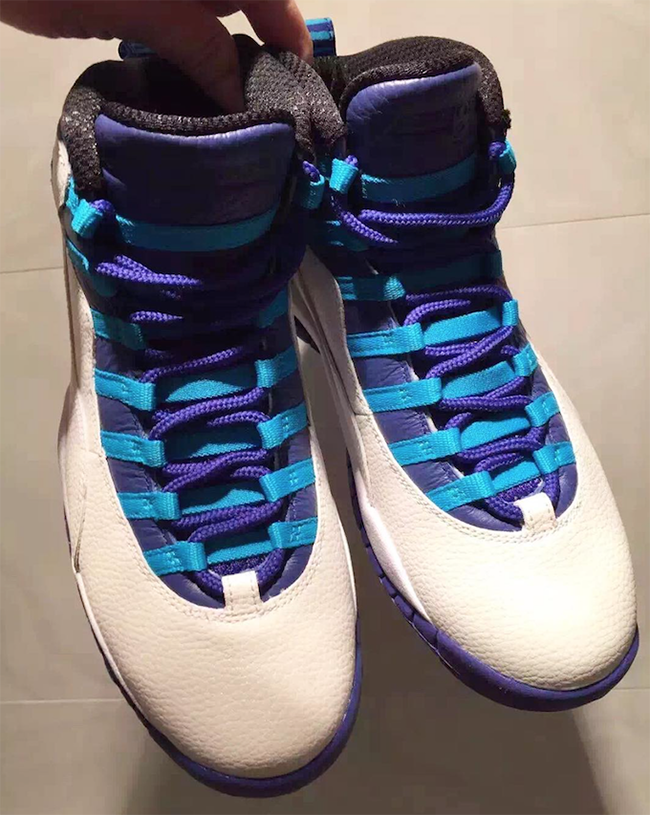 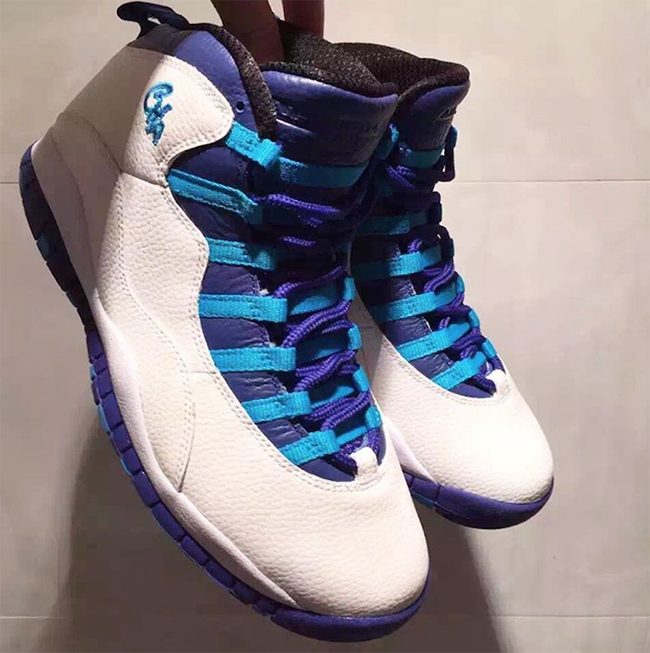 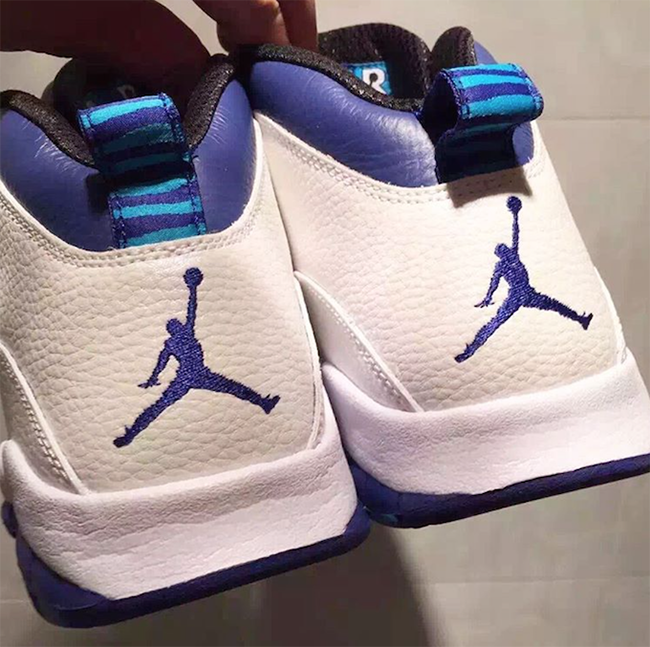 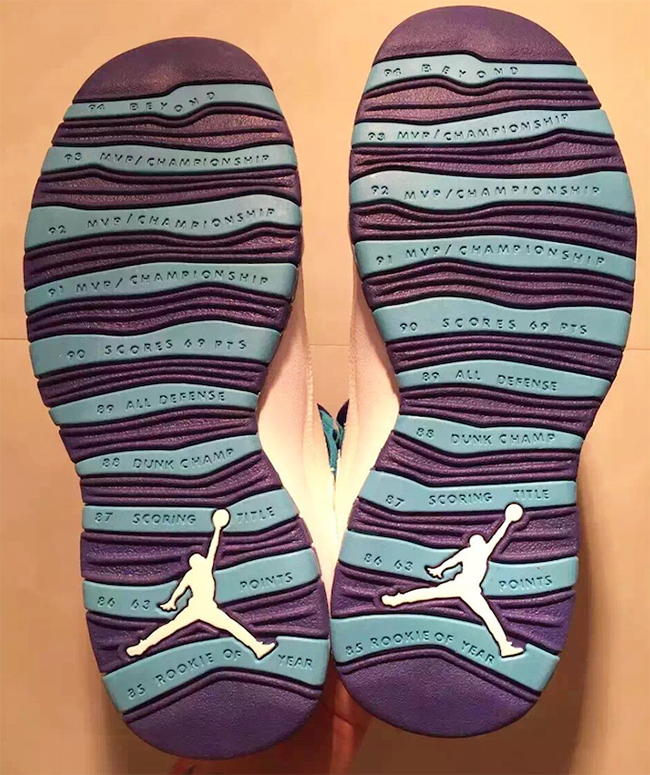 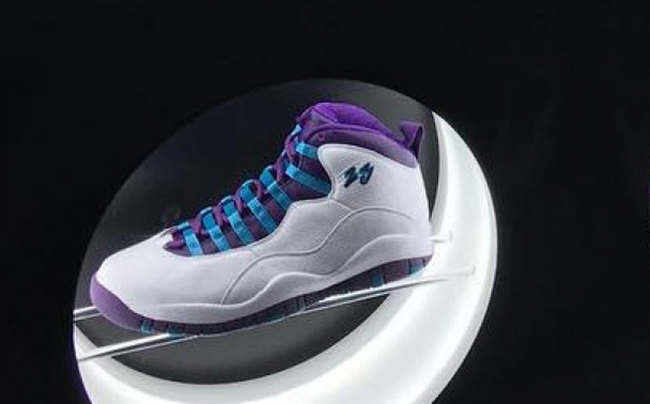 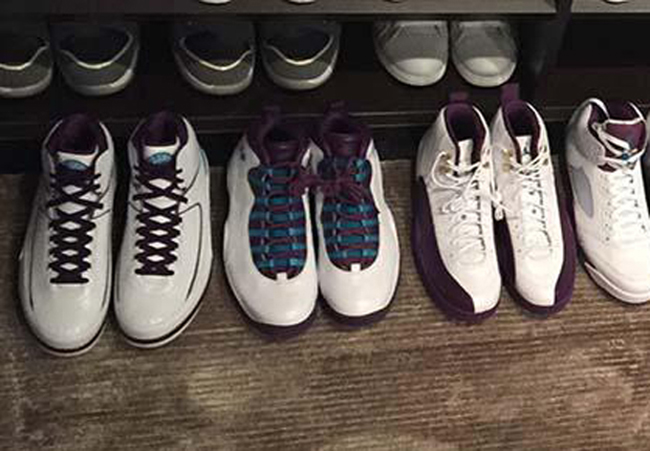