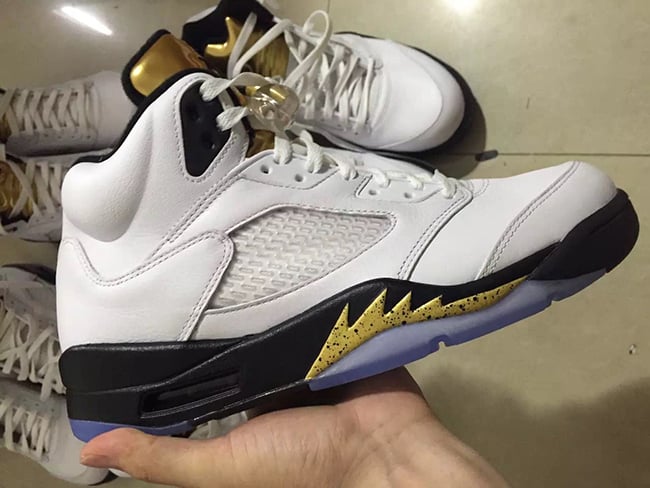 The Air Jordan 5 ‘Olympic’ is one of two pairs releasing from the Brand for the 2016 Olympic Games. We have seen an unofficial Jordan 5 Olympic release in the past, however this is technically the first time that Jordan Brand will actually launch the 5s for the Olympics.

The 2016 ‘Olympic’ Jordan 5 edition features a sleek White, Black and Metallic Gold Coin color scheme. White does most of the blocking through the uppers while also landing on the laces. Second up is black which covers the midsole, bottom half of the tongue, Jumpman on the heel, top eyelets and liner. Finally, metallic gold covers the top of the tongue and Fighter Jet flames which is then followed up with a translucent outsole.

Expected to be a general release, the ‘Olympic’ Air Jordan 5 will release on August 13th, 2016 and will retail for $190. Make sure to check back with us for more photos and updates.

Update: Here is a closer look at the Olympic Air Jordan 5 which will feature a distinct Gold tongue. 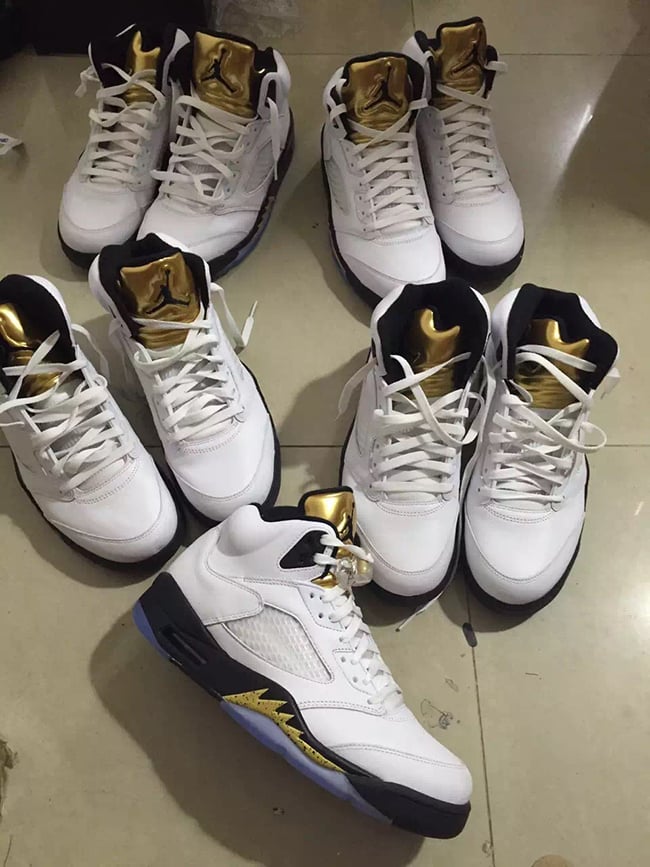 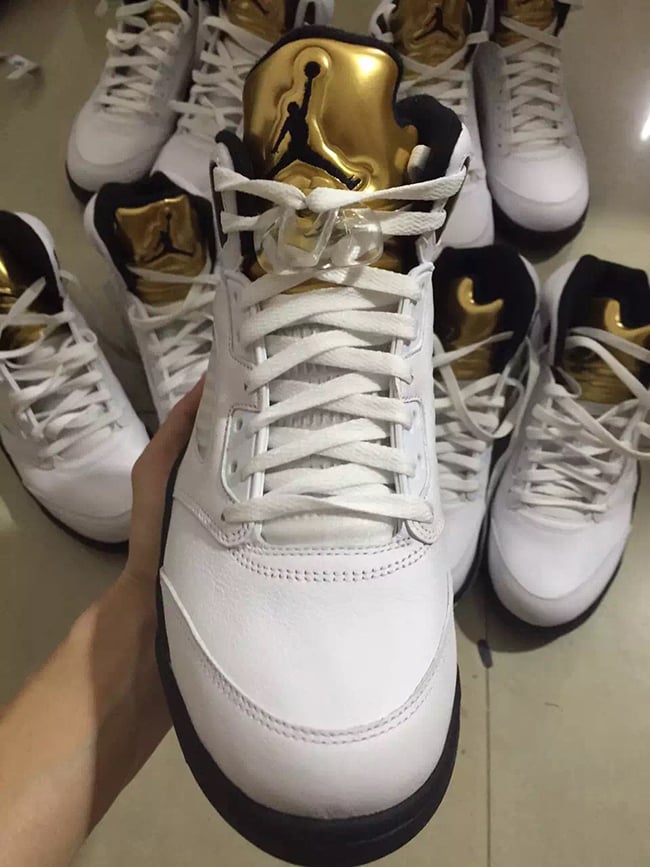 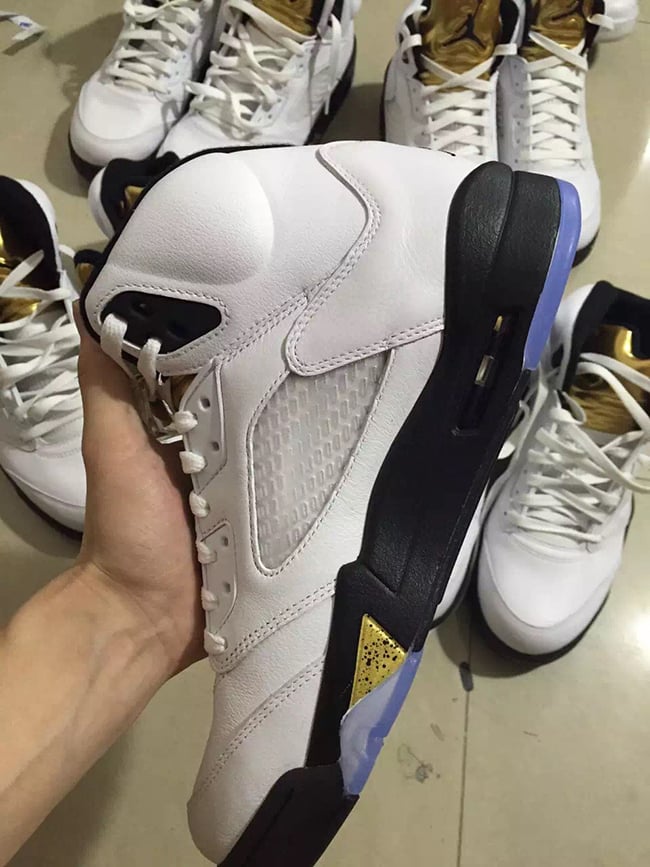 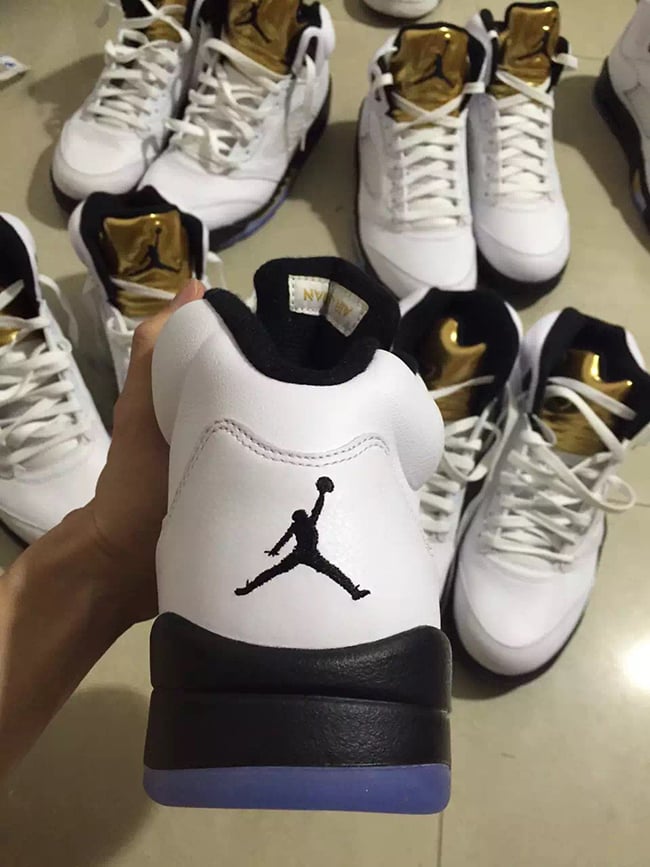 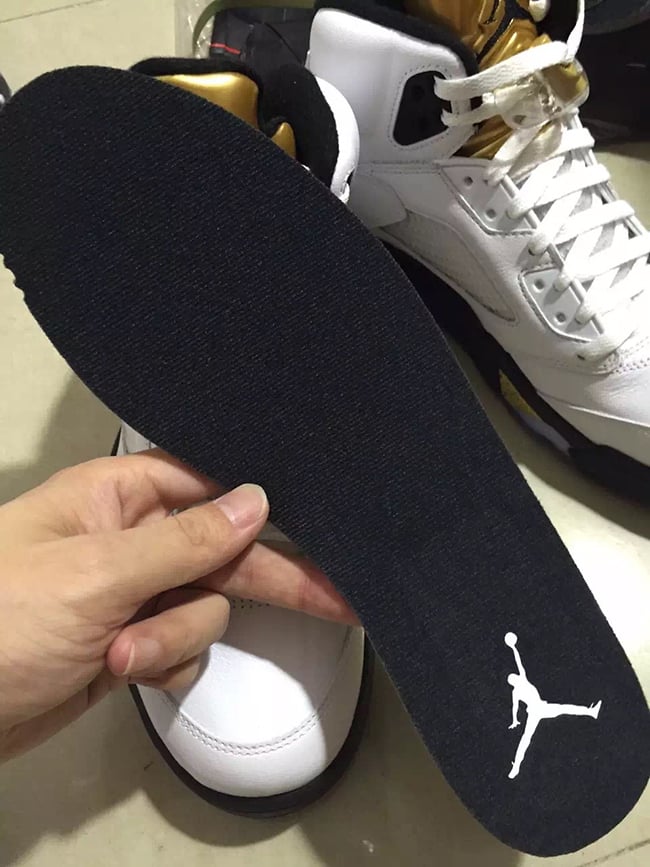 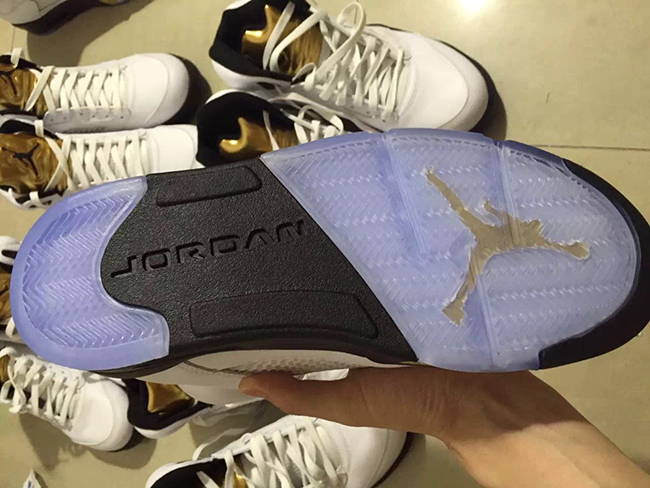 Update: We have our first look at the Air Jordan 5 ‘Olympic’ thanks to solespeed4image. 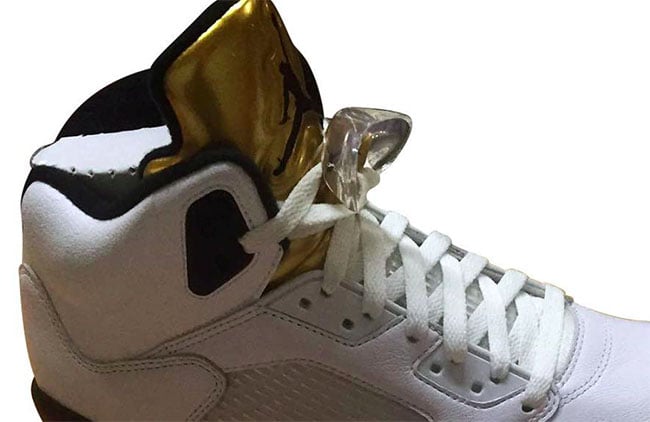 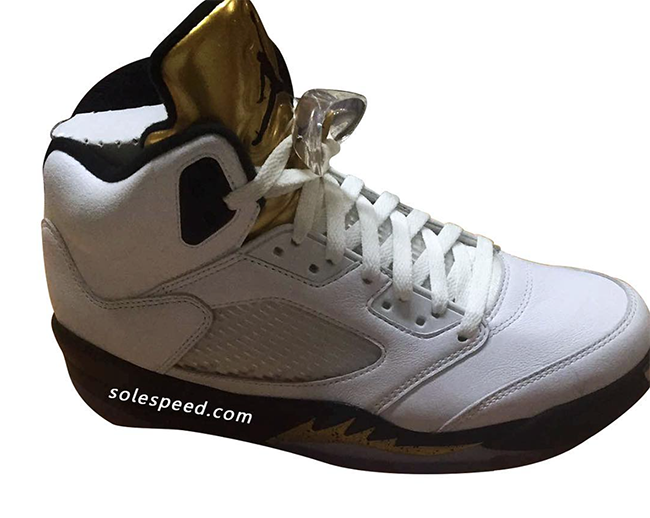 Note: Above image is a Photoshop done by jayzrdead. 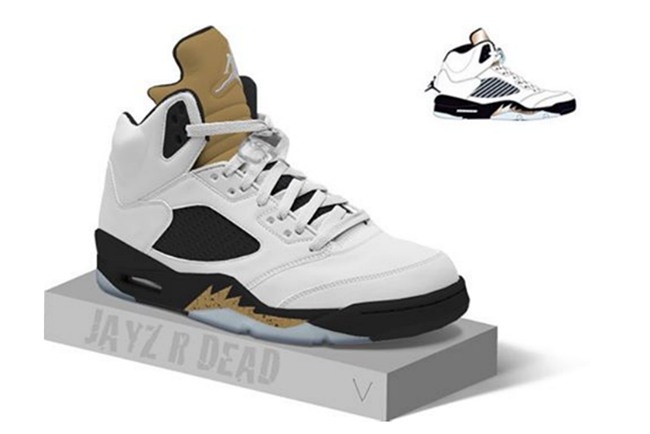 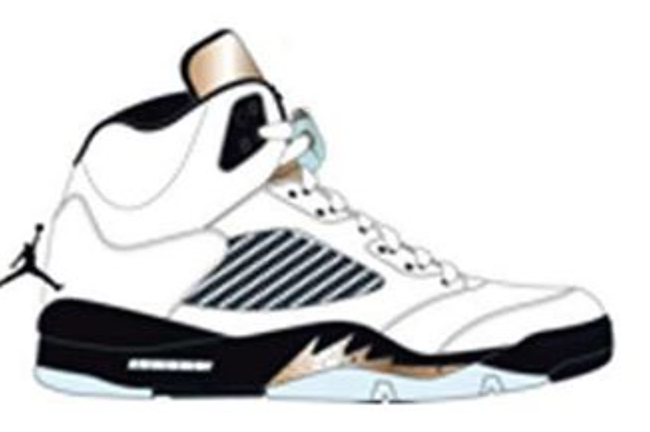