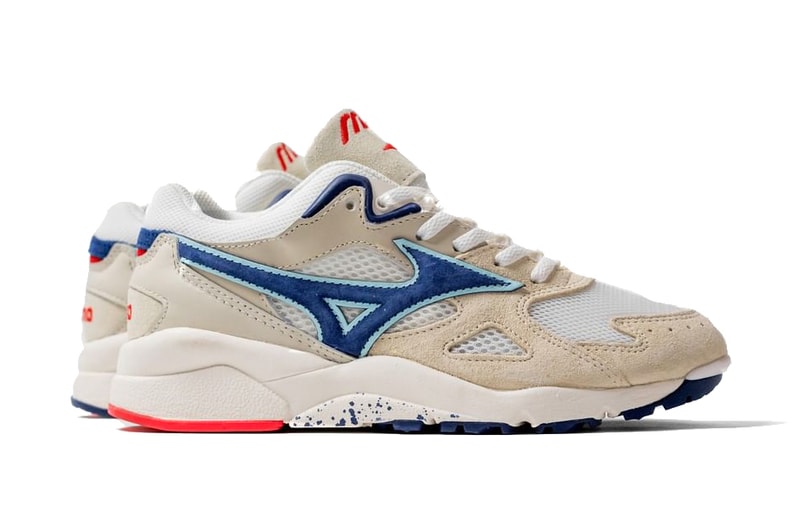 Originally made for athletes to wear on the medial stand after events in the mid ’90s, Mizuno‘s Sky Medal has since become one of its most popular — if occasionally sparse — retro lifestyle silhouettes. Now, the Sky Medal is set to release in only its second colorway of 2021: a premium iteration dubbed “White/Blue Depth/Oatmeal”

The “White” and “Oatmeal” pieces of the shoe’s name make up the majority of the upper, with the former used on the mesh base while the latter graces the supple suede overlays and tongue. “Blue Depth” comes into play on the midfoot’s large suede Runbird logo where it’s rimmed with a light teal, and also makes a small appearance to provide appropriately wavy accents around the top eyestays.

Further branded flair is supplied by red Mizuno graphics embroidered on the tongue and heel alike. Midsoles are built of off-white EVA foam, and embellished with a small dash of blue speckles. On the outsole, a multi-colored rubber composition rounds off the look.

Expect the Mizuno Sky Medal Premium to release at retailers like HANON come April 9. The MSRP is set at £125 GBP (approximately $172 USD).

For more footwear news, see why resellers in China are hiking up the aftermarket prices of shoes from Chinese brands.