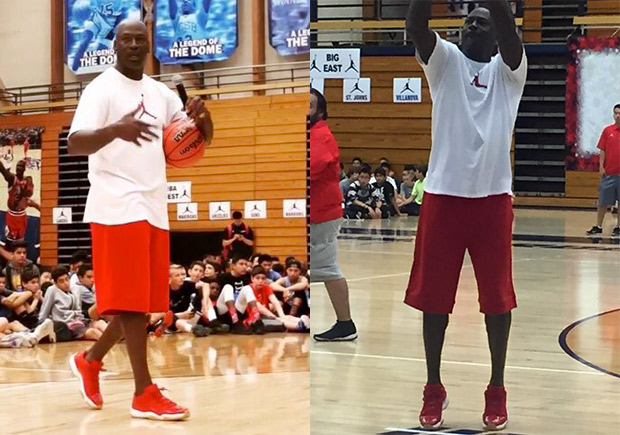 If you’re one of the lucky few that got to attend MJ Flight School over the weekend, you might’ve spotted the man himself wearing some unreleased footwear during his presentations. On his feet was an Air Jordan 11 Low in a solid red and gum outsole, somewhat similar to the “Navy/Gum” pair that hit stores earlier this Summer. Is this an indication of a release next Summer? Only time will tell. MJ Flight School is still underway and runs from July 23rd through August 2nd, with registration still open for the event, so stay tuned for more potential MJ sightings.