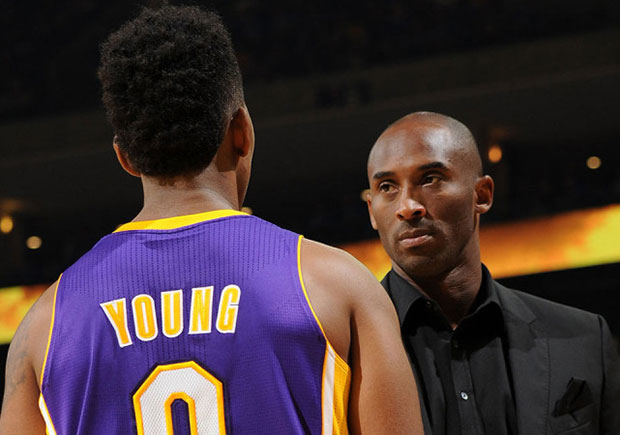 The Black Mamba is a damn savage. On top of his 60-point game, which ended his career on a note so high that no other player in history will probably reach, he made his allegiance to Nike resoundingly clear by rejecting teammate Nick Young’s bid for an autographed pair of shoes. Young asked Kobe to autograph his adidas shoes, but Kobe not only refused, but he threw them in the trash and told him to fetch a pair of Nikes if he wanted the holy signature. The irony is that if Young didn’t sign with adidas to be their NBA posterboy for non-performance footwear, he would’ve worn some sick Nike Kobes for the final game – and Nike might’ve seeded him a pair like they did with LeBron, Iguodala, and many more. Mamba out.

The post Kobe Bryant Refused To Sign Nick Young’s adidas Shoes And Threw Them In The Trash appeared first on Sneaker News.