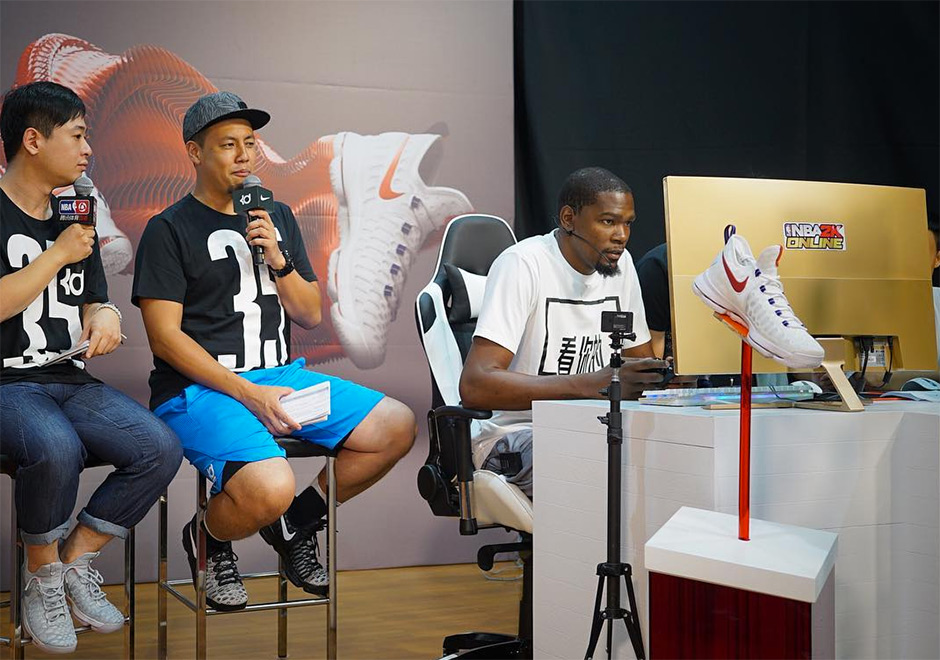 Kevin Durant is currently in China right now, visiting his loyal fanbase in the Far East to promote his new signature shoe, the Nike KD 9. On schedule for today was an online gaming showdown on the NBA 2K platform between the former cover athlete and lucky fans. The question is – what team did he pick? It’s certainly not the Thunder or the Warriors, but rather the Lakers or Celtics – a historic rivalry of NBA history. This is just one of many events slated for KD’s China tour, so stay tuned to Sneaker News for more updates on Durant’s Asia tour before he heads back to the States to prepare for the Olympic Games.