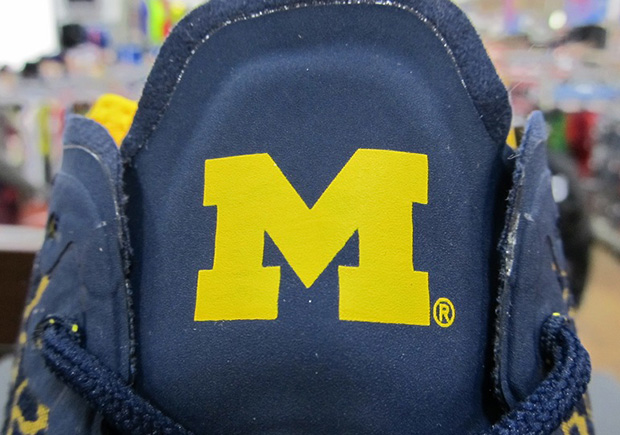 Get ready for college football season with the Jordan Trainer 1 Low Michigan. Tinker Hatfield introduced the iconic Nike Air Trainer 1 one nearly three decades ago, but now Jordan Brand is unveiling their own debut training model, the Jordan Trainer 1. It’s a move that makes enough sense given the Jumpman’s recent growth into off-the-court categories, especially with their sponsorship of the University of Michigan’s football team this coming season.

Today we get a look at an exclusive Jordan Trainer 1 Michigan slated to release at retailers this August. The pair even features Michigan’s bold ‘M’ logo on the tongue and outsole. There’s no doubt that this maize and blue training model is of direct Wolverines descent. The low top rendition utilizes a woven elephant printed upper consisting of a navy base and yellow lines for a unique twist to the iconic Air Jordan 3 pattern. An inner sock adds a comfortable fit while an icy outsole consisting of Zoom technology on the heel gives extra cushion.

What do you think of the Jordan Trainer 1 Michigan? Check out more detailed photos below and be on the lookout for this Jordan training model to arrive at retailers later this month.

Read the rest of Jordans With Michigan Wolverine Logos Are Releasing